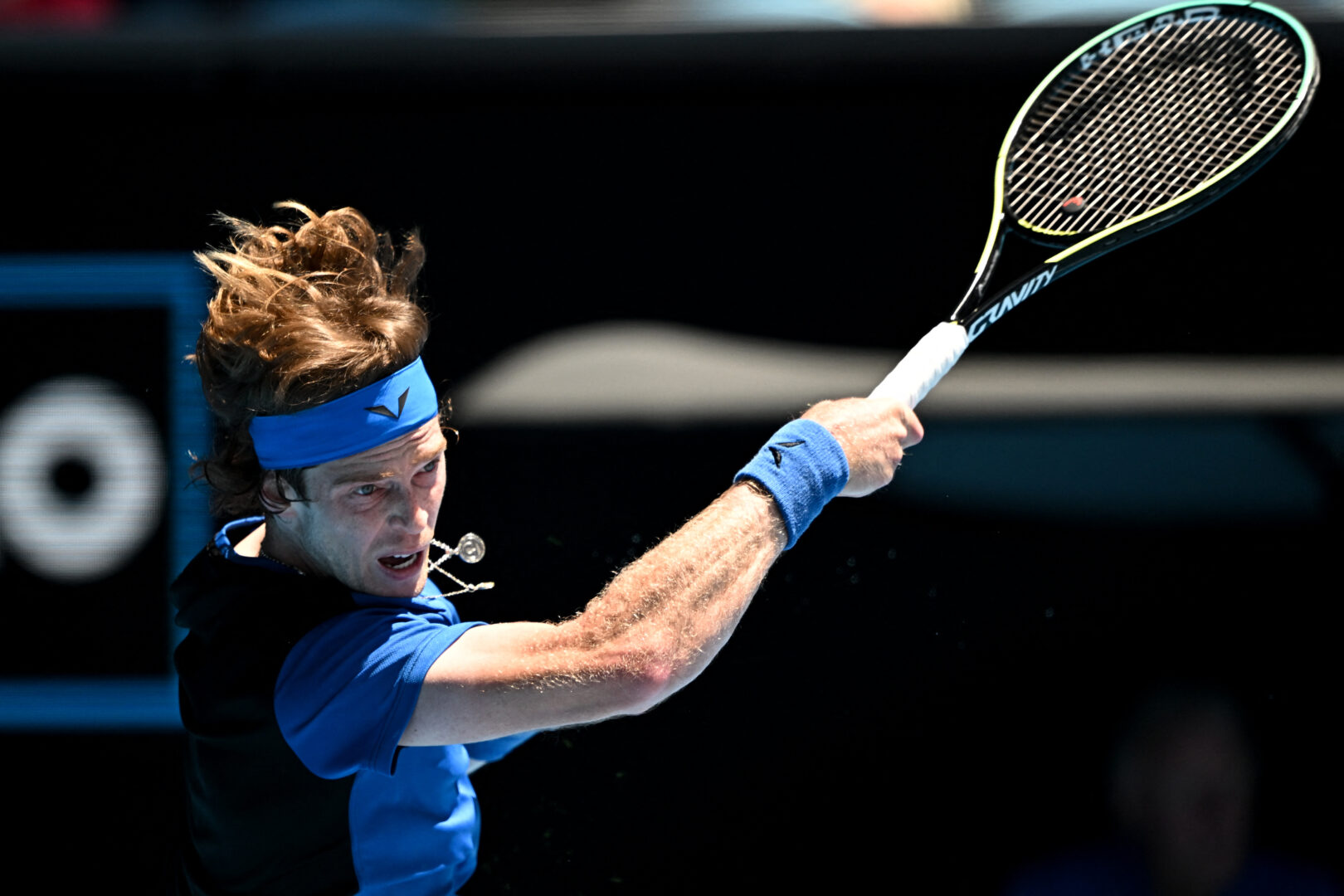 MANAN VATSYAYANA/AGENCE FRANCE-PRESSE Andrey Rublev of Russia powers his way past Dan Evans of the United Kingdom, 6-4, 6-2, 6-3, in the Australian Open.

The Russian crushed the Briton 6-4, 6-2, 6-3 on Margaret Court Arena to make the tournament fourth round for a third time.

He will face Danish teenager Rune for a place in the quarterfinals after the ninth seed survived a nasty fall before recovering to sweep past unseeded Frenchman Ugo Humbert 6-4, 6-2, 7-6 (7/5).

Despite being world No. 6 Rublev, who has won 13 ATP titles, has never been further than the last eight at any Grand Slam.

He moved a step closer by defeating his friend and 25th seed Evans, who threw a banana to him at a changeover when he ran out.

“I didn’t ask him, I asked the ball boy, but Danny asked for bananas earlier and he had two so he just said ‘take it’, and I caught it,” he said.

“He helped me with some energy, for sure. I have extra for sure because I eat banana,” he joked.

Rublev, who was defeated twice in warm-up events ahead of the tournament, said he was growing in confidence as the Grand Slam progressed.

“Every match I’m playing better and better and I’m really happy because at the beginning of the season I lost to a couple of players,” he said.

“I lost a bit of confidence, but since the first match (in Melbourne) I’ve been playing really good tennis.”

He next meets the dangerous Rune, who shocked Novak Djokovic to clinch his first Masters title in Paris late last year to cap a breakthrough season.

The 19-year-old demolished Humbert despite twisting his ankle as he stretched for a shot early in the match, and breaking the fall with his right wrist which also needed treatment.

“Of course, it was painful, but I tried to focus on something else,” he said.

“I’m playing on such an amazing stage in the third round of a Grand Slam so I didn’t think about it and I just kept going.

“It was extremely tough, especially after the fall, but I played better than expected, maybe because I relaxed a lot.