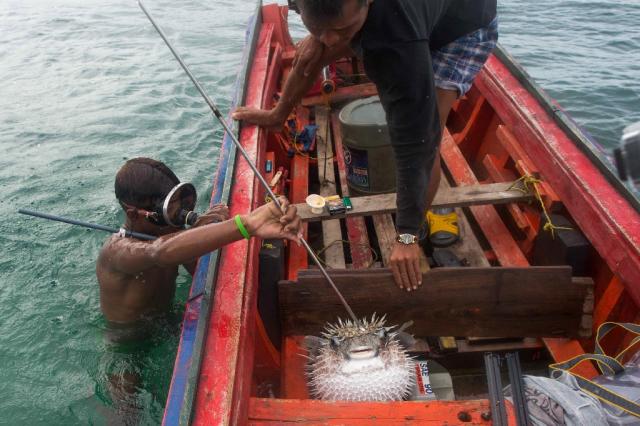 ZAMBOANGA CITY — The Philippine National Police Maritime Group in the Zamboanga Peninsula reported that it has succeeded in minimizing the use of dynamite fishing by marginal fishermen in the region.

Maritime Police 9 director P/Col. Salvino Piad said intensified education and information dissemination in the region for the dangers blast fishing was pivotal in the success of the near-eradication of the illegal practice.

Piad also disclosed that their operatives have apprehended very minimal Badjao and other tribes of fishermen using dynamite as a  source of fishing since January this year.

“For this year, less than five fishermen we have apprehended along the coastal areas of the region due to blast fishing,” Piad said.

He added that their constant communication and education to fishermen have greatly helped them in their campaign against  blast fishing, adding that most of the fishermen have already realized that fishing using explosives is dangerous and that the mode of fishing is also contributing to the destruction of the environment.

Piad stressed that most of the marginal fishermen have returned to the traditional method of fishing to avoid being caught and jailed.

This comes as operatives continued  patrolling the coastal sea waters of the region on a random basis, to make sure that fishermen have already refrained from illegal fishing.

“We dive in some areas, where dynamite fishing was rampant before, it can be noted that corals have now started to grow again,” Piad said, adding that sea corals are the home of small fishes and its protection is necessary.

The PNP Maritime Group is mandated to perform maritime law enforcement functions directed towards the suppression  of smuggling, poaching and illegal fishing, among others.