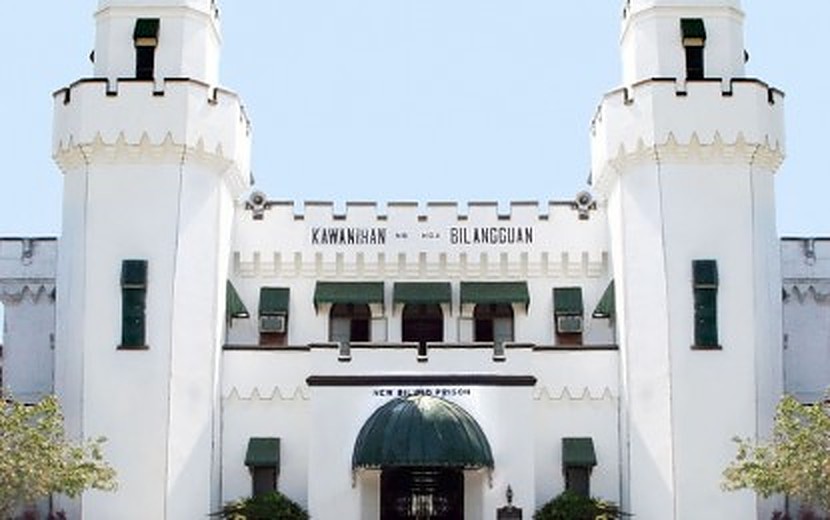 By Alvin Murcia and Paula Antolin

The diggings inside the New Bilibid Prison compound were kept secret because it has no funds.

This was revealed by Bureau of Corrections officer-in-charge Gregorio Catapang yesterday, saying there were no public funds appropriated for it which is why it was kept secret by the previous leadership.

Catapang said it is up to the investigators to recommend charges against Bantag over the said excavation — a 30-meter high and 300-meter wide tunnel dug under a swimming pool inside the national penitentiary.

He said they will leave it to the investigators to give their recommendations.

Catapang added that they already identified the contractor of the said project but they will still verify the accuracy of the information.

He said the guard told them about the construction firm that is working on the excavation site.

They will also have to find out if the construction firm workers are the ones digging inside the NBP.

He said they already asked for the Department of Environment and Natural Resources help as the excavation inside the NBP does not have a permit.

The local government of Muntinlupa, he said, also did not authorize the said excavation but it has been monitored by the local officials.

Although he refused to comment if the alleged tunnel is being dug to create an escape route, Catapang said the location of the excavation site is near a creek where people can run off from the national penitentiary.

He said the director’s quarters is on the farthest side of the BuCor compound, located beside a wall and a nearby creek where they can escape.

He said he was informed that there was a metal detector found in the excavation site and the guards assigned there were told to keep off the vicinity.

Meanwhile, Solicitor General Menardo Guevarra, who is former Justice Secretary, yesterday said he has no knowledge of the excavation site inside the New Bilibid Prison.

“As former Justice secretary, I had absolutely no knowledge about this alleged excavation inside the NBP compound,” Guevarra said.

He added: “The same being an operational matter, the BuCor probably did not find it necessary to inform, much less seek approval from the DoJ,” he added.

Bantag in an earlier interview, admitted he was the one who ordered the excavation inside the NBP, saying he plans to construct a deep swimming pool because he is a “master scuba diver.”

He denied claims that the excavation was done to build a tunnel.

As this developed, signal jammers will no longer be used by BuCor in its prison facilities. Instead, the bureau will monitor all calls made by persons deprived of liberty.

Catapang said they now have the capability to know what gadgets are being used that are not registered with the BuCor.

He said they will monitor illegal calls being made by inmates.

“We will remove the jammers because even we can’t communicate properly,” he said.

The BuCor, he said, will also be regulating the use of communication devices by inmates to ensure they will be calling their loved ones and not for illegal activities.

Tablets have already been procured by BuCor to be used by inmates for video calls to members of their families.

Catapang said he will continue asking PDLs to turn over mobile phones that they have been hiding following the surrender of around 500 cellular phones from PDLs at the New Bilibid Prison in Muntinlupa City.

The cellular phones that were surrendered will not be destroyed because they might contain evidence thus, will be subjected to forensic examination.

Copies of their subpoena, however, have been served at their last known address.

“The DoJ said it will be up to the NBI to file a motion to issue another subpoena for the possible current location of Bantag. We know and hear from his current interviews that he is currently in Baguio City. We will contact the local police of Baguio City,” Fajardo added.