Enoch Valdez came out with a pair of clutch performances that propelled Lyceum of the Philippines University into the Final Four of the National Collegiate Athletic Association Season 98 seniors’ basketball competition.

Two teams had officially occupied the first two semifinals seats in the week that was when the Pirates joined defending champion Letran.

Lyceum took down San Beda University and San Sebastian College-Recoletos to punch the second ticket into the playoffs.

And it was Valdez who played a pivotal role in those crucial victories. 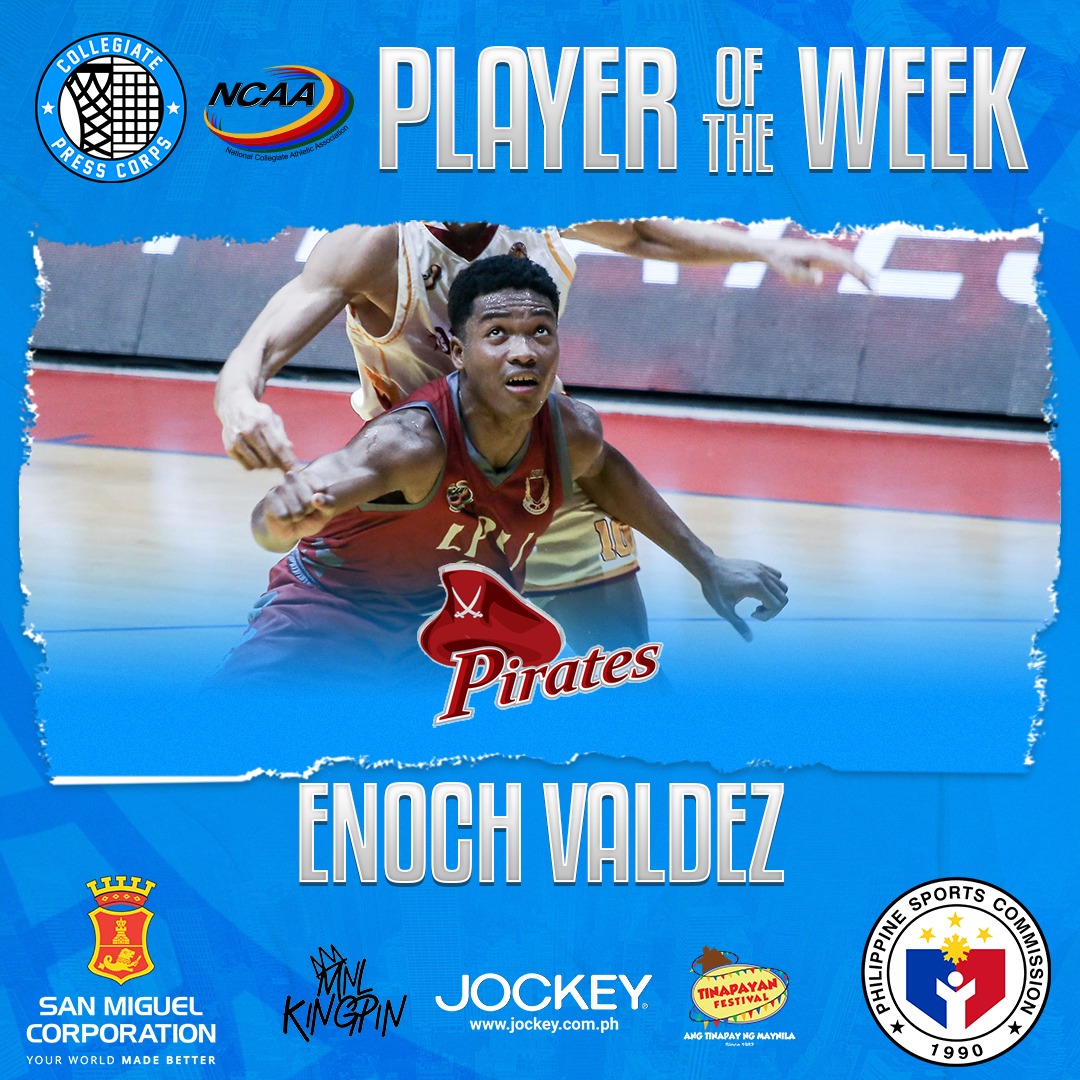 In the Pirates’ pulsating 81-80 win against the Red Lions, the 6-foot-2 guard tallied eight points, five rebounds, three assists, and one steal as they completed an elimination round sweep of the Red Lions.

He then followed it up with a career performance, dropping a personal-best 30 points he laced with 11 rebounds and three steals to pace Lyceum in a hard-fought 73-65 victory over the Stags to catch the Final Four bus.

Valdez’s heroics was enough to be the hands-down choice as Collegiate Press Corps NCAA Player of the Week presented by San Miguel Corporation and the Philippine Sports Commission with minor sponsors MNL Kingpin, Tinapayan Festival, and Jockey.

More than winning individual accolades, Valdez remains focused on helping his team reach its goal of another trip to the Finals.

“I really wanted to help the team reach the Final Four and our main goal is for a return trip to the Finals. The last time we reached the Finals with CJ (Perez), I was barely used,” he shared.

“I saw limited minutes that time so my goal is for us to reach the Finals with me playing and part of the rotation.”