The country’s No. 1 problem 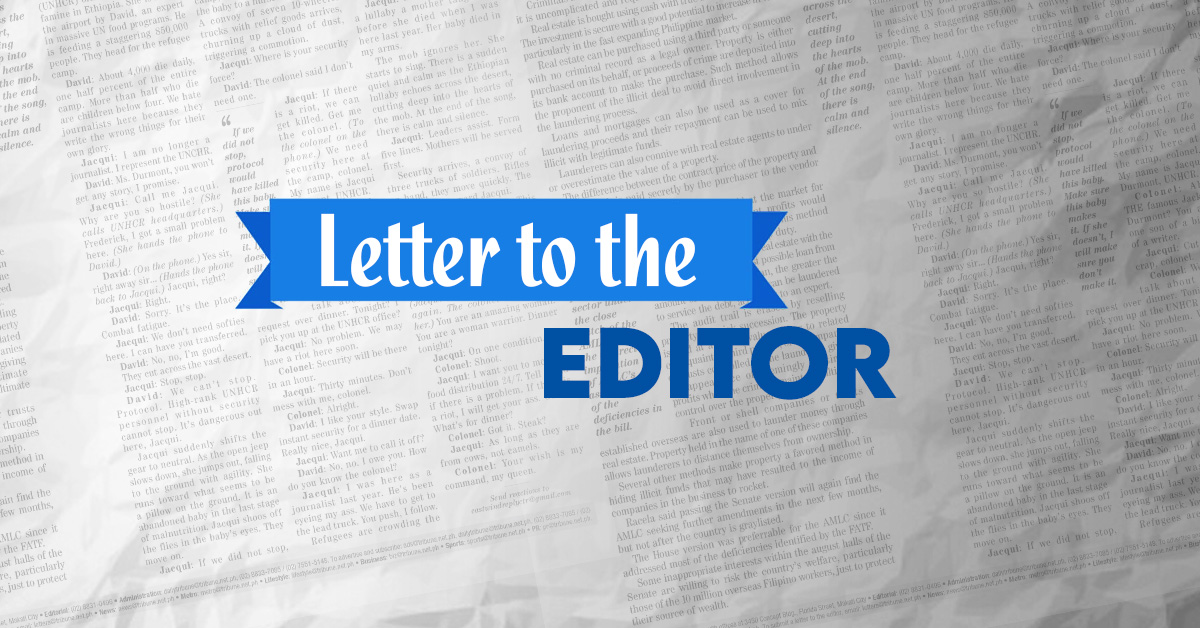 Believe it or not, corruption has been the number one problem of the country, the reason we remain poor as a nation. Everything else pales in comparison.

We may have to learn to live with the Covid-19 pandemic, but not with a corrupt government. Corruption is the pathogen of SARS-CoV-2 in public service that proliferates among crooks to infect others more and spread the virus rapidly.

Reenacted budget is not ideal, but it is good in principle if it compels both houses of Congress to do their part in eliminating the loopholes for corruption (such as the confidential funds, “intelligence” funds, pork barrel funds, and the unidentified/unexplainable projects) in the proposed budget before they ratify it so that the government won’t have to operate on a reenacted budget for the coming fiscal year. There is no justification/alibi to do otherwise.

This is the first step to addressing corruption.

There’s nothing wrong with the Senate President and House Speaker promising the approval of the 2023 budget before Congress takes its Christmas break. The trap, however, is laid cloaked when they make their promise true due to politics or out of pressure from Malacañang (however, well-meaning Malacañang is), without playing the most meaningful aspect of their role, away from the rituals of aimless “marathon deliberations.”

But with the way things are going, what role are they playing in the unfolding drama or “Noli Me Tangere?”

With a whopping, unprecedented, and “ambitious” national budget of P5.268 trillion supposedly under the scrutiny and dissection now of our leaders in Congress, what seems to be paramount to them is just the approval and passage of it, nothing more, nothing less, nothing else — as though the country is not 12 feet below ground in debt and as if all so-called “public servants” are holy angels. Have your own prognosis, dear countrymen.

The 2023 proposed budget is ominous. Solve the omen.