City of Sto. Tomas Mayor Arth Jhun Aguilar Marasigan, an attorney by profession, is not one to waste time. From his first day in office on 30 June 2022, he buckled down to work — signing senior citizen cards, two executive orders, three memorandum orders, and two letters.

These were done right after he had attended the inaugural session of the Sangguniang Panlungsod, where he discussed his executive agenda and asked for full legislative support on priority projects that he intended to undertake on his first 100 days of office.

The most important of the orders he signed that day were:
1. Memorandum Order 1 S 2022, implementation of the Aksyon Bilis Public Service enjoining all employees to be fast and efficient in the delivery of service to their clients, courteously and pleasantly; and
2. Memorandum Order 2 S 2022, The “Anti-Epal” concept of public service, banning the use of names and pictures of public officials on promotional materials of programs, projects, and the city government-owned assets.
Seeing how quickly Mayor AJAM works, city employees and guests alike were eager to hear what he would say about his first hundred days of service to Tomasinos.
Bright and early on Monday, soon after the usual flag ceremony on 10 October 2022, the mayor was ready to deliver his State of the LGU Address (SOLA).

Mayor AJAM got a 100-percent rating for the complete delivery of all his priority projects through his Aksyon Bilis Public Service.

Number one of the six he laid down on his first day of work was to provide for senior citizens who had not yet received a social pension. Switching on his Aksyon Bilis service, the mayor reported the start of distribution of local pensions to senior citizens of seven barangays: Santiago, Sta. Anastacia, Sta. Ana, Sta. Maria, Sta. Clara, Sta. Teresita, and Sta. Cruz. The schedule of distribution to the rest of the 23 barangays will shortly follow.

Number two was to continue construction work for the Sto. Tomas Public Hospital. In September, pledges of support for the project came in from various government agencies like the Department of Health, Provincial Government of Batangas, and Anakalusugan Partylist, to name a few. The dream of a hospital is getting closer with the completion of plans and programs for the construction which led to the groundbreaking ceremony at Barangay San Miguel on 29 September 2022.

The third was to give educational support especially to elementary school children. Recently, it took a week to distribute financial assistance worth P5,000 each to 2,029 scholars and full tuition fees to 232 college scholars in four schools around Sto. Tomas. School uniforms were also given free to public school students from kinder to Grade 6. The mayor continues to visit the schools and talk to students and teachers about their needs.

Fourth was about proper and timely collection of garbage. On his second day im office, Mayor AJAM took up the task, getting the piles of garbage collected, which had been left by the contractor after his contract ended two days before. A street sweeper truck was purchased to ensure proper maintenance of the streets and a vacuum truck to handle clean-up of sludge on the streets and canals during the rainy season.

Fifth on his priority was the implementation of cleanliness and orderliness in every barangay. Oplan Kaayusan was launched and undertook clearing operations along Maharlika Highway from Barangay Sta. Anastacia up to Barangay San Agustin and the major roads at the Poblacion barangays. He also tapped programs such as Cash-for-Work, which benefited 150 individuals, and TUPAD, which hired 684 unemployed Tomasinos to clean the canals and streets in their barangay.

The sixth priority was the assurance of quality utility services for the people of Sto. Tomas. Mayor AJAM promptly communicated with the utility providers and set the course of action to deliver quality utility service to his constituents. Talks are also underway with Meralco power distributor to remove all the unserviceable posts along the highway which were left still standing on the streets after the road widening.

On top of these priority projects, Mayor AJAM has accomplished something for every item in his 12-Point Agenda, which covers health, education, jobs and livelihood, tourism, agriculture and cooperative, dynamic business environment, youth involvement in society, issues that affect the transport sector, mitigation and response to disasters, fast and efficient delivery of social services, environmental protection and bringing local government services to the barangays.

For his primary agenda concerning health, two Mobile Clinics go around the barangays offering free check-up including OB and pediatrics. These have already served 2,364 medical and 864 dental patients in 13 medical missions in 18 barangays.

Meanwhile, the Rural Health Unit has served 6,918 patients in the past three months. Covid vaccinations have continued with a total of 20,207 doses of vaccines served during the Pinaslakas campaign. Mayor AJAM incentivized this campaign by giving a five-kilo bags of rice to those who availed of booster doses.

Within his term, the Cityhood’s third anniversary was celebrated on 7 September 2022. This was the first time that the occasion had several activities that gave back to those that made the cityhood in Sto. Tomas possible.

Significant was the kick-off event called “Fun Run for a Cause,” proceeds of which were added to the donation made by the city government itself to the earthquake victims in the province of Abra. This was supported by government employees, NGO and private companies within the city. A Cityhood Job Fair was also conducted where 1,010 applicants joined, and 135 of them were hired on the spot.

In line with this, 56 local recruitments have been held for the past three months with 336 placed applicants through the regular recruitment program of PESO. Free legal services by the legal office of the City Government of Sto. Tomas werr also offered simultaneously.

A most prestigious activity during the celebration was the Thanksgiving Gala Night where top-paying taxpayers in different categories were honored and appreciated.

A citywide Medical Mission was also conducted as part of the event that provided 655 individuals with free medical services.

The event also included a night for showcasing the talents of Tomasino Youth and recognizing young individuals who represented the city in various competitions.

Lastly, the Araw ng Kawani was held to commemorate the hard work and loyalty of public servants.

Part of his accomplishments in the realm of mitigation and response to disasters was the finalization of risk assessment in all barangays; orientation of Safety Marshals of the different offices of the city government; reorientation of the Rapid Damage Assessment and Needs Analysis Team (RDANA); orientation on Disaster Preparedness in big corporations such as Pepsi Cola Philippines; formulation of the BDRRMC (for barangays) Contingency Plan; and updating of the Local Disaster Risk Reduction and Management Plan for 2023-2025 (LRRDMP), to name a few.

Local government entered into a memorandum of agreement for the formulation of the Forest Land Use Plan (FLUP) as part of accountabilities and promotion of responsible and sustainable forest resource management. Philippine Arbor Day, World Bamboo Day, and International Coastal Clean-up were observed, among many others.

The City provides Technical Assistance for crop production to all farmers within the city of Sto. Tomas. Farm inputs such as seeds, organic pesticides, and organic fertilizers were subsidized among 135 farmer recipients.

An Approved Floriculture Proposal is set to be constructed this October. Also done was the Agri-Business and Farm Management on Organic Free-Range Chicken Production for Women Farmers. Barangay beneficiaries were awarded gift cheques for the Livelihood Seeding Program-Negosyo Serbisyo.

The SOLA held at the Atrium of the Annex Building started with a welcome address by the City Administrator, Engr. Severino M. Medalla. A message of support was given by Anakalusugan Partylist Representative Rey Florence Reyes, who was largely instrumental in the realization of the City Public Hospital. The SOLA was attended by all members of the Sangguniang Bayan, barangay chairpersons, SK Federation, and national agencies like the DILG, PNP, BFP, and other guests.

The Action Man, Mayor AJAM, also attended the first 100 days of the Sangguniang Panlungsod and delivered his message of gratitude for the milestones that their partnership was able to attain, which shows their commitment to the people. He expressed confidence that this concerted effort will extend well into the future and even amid difficulties that they may encounter. The Business Boom of the ZTL Group of Companies 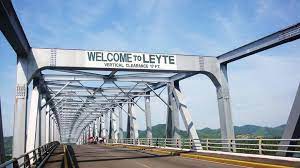