Photograph by joey Sanchez Mendoza for the daily tribune @tribunephl_joey GUIDO Van der Valk pitches onto the fifth green during the second day of the ICTSI Riviera Championship at the Langer course in Silang, Cavite Wednesday.

SILANG, Cavite — Guido Van der Valk came in unruffled by the winds and took command with a 68 in one of the late flights, grabbing a one-stroke lead over erstwhile leader Fidel Concepcion halfway through the ICTSI Riviera Championship Wednesday.

“Good day because this course is difficult for me,” said Van der Valk, short in length but long in talent. “It’s long and windy, the greens are small and have lots of slopes in them, so I’m very happy to hit five birdies against two bogeys.”

The lead changed hands as fast as the wind changed directions in another harsh day.

It’s long and windy, the greens are small and have lots of slopes in them, so I’m very happy to hit five birdies against two bogeys.

Amateur Josh Jorge made a ninth career hole-in-one on No. 4 to spike a 69 and a share of third place on 146 with Marvin Dumandan who carded a 71.

“Tsamba lang,” said Jorge, a young power hitter who used a pitching wedge to score his ninth ace using a Bridgestone ball No. 3 on the 182-yard hole.

He actually had a mishit with the ball sailing over the hazard and hitting the sloping green on the right before rolling straight to the cup.

It was the second ace in the same hole following Gretchen Villacencio’s own feat on Tuesday.

Fancied Juvic Pagunsan recovered from a fumbling start with a run of birdies to salvage a 71 and pull to within four strokes off the lead with 36 holes left in the P2 million championship put up by ICTSI.

“The front nine was tough, it’s quite windy but I was able to get back at the back nine with a one-under card,” said Concepcion, who held sway despite bogeys on 3 and 7 before yielding it with a double-bogey on the par-4 ninth which he three-putted from 10 feet.

Joining Pagunsan in a share of fifth were obscure Rico Depilo (74), Anthony Fernando (75) and Tony Lascuña (74).

Ira Alido, a runaway winner here in 2020, also struggled with a 74 to drop to joint ninth at 147 with Jun Bernis and Zanieboy Gialon, who matched 73s, Arnold Villacencio, who shot a 72, and Rupert Zaragosa, who turned in a 73.

Former Philippine Open champion Clyde Mondilla also rebounded with a 73 after a 75 for a 148 but stood six shots of Van der Valk heading to the stretch run of the championship heading to a wild, scrambling finish.

But no one sure is amused with the daunting challenges offered by the hazard-laden layout even as Angelo Que battled back with a 72 after a birdie-less 78 to jump to joint 19th at 150 with Eric Gallardo and Richard Sinfuego, who shot identical 74s. 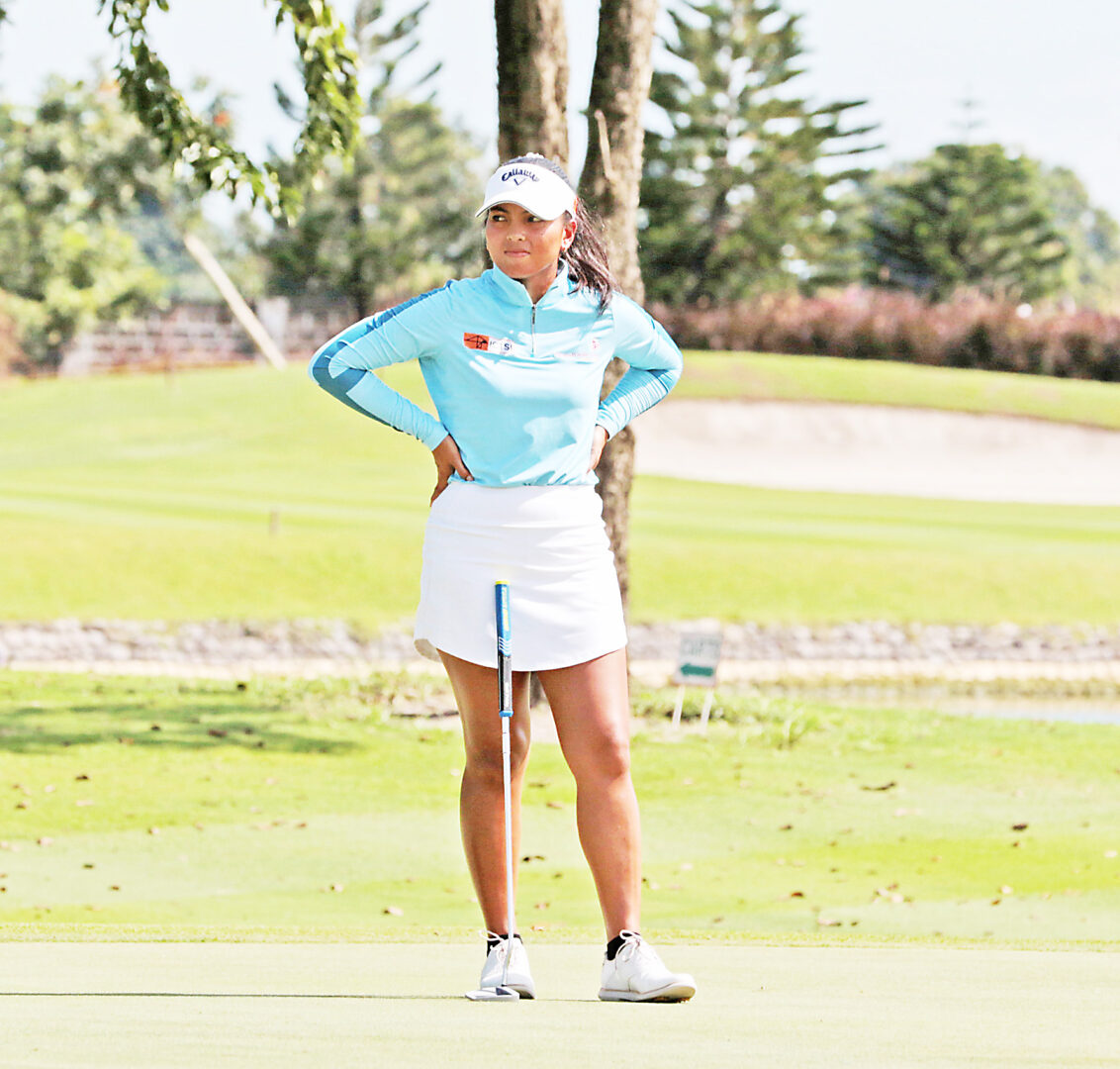