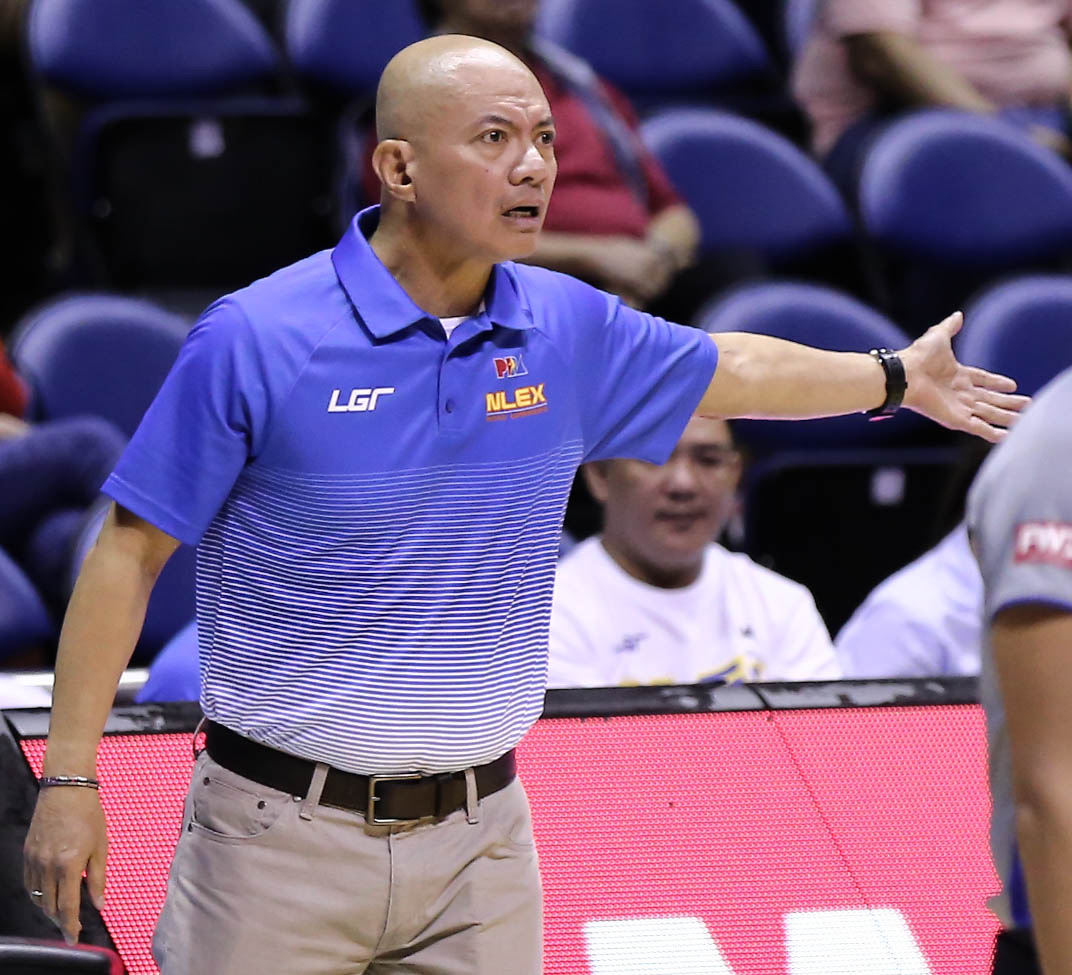 Photograph by Rio Deluvio for the Daily Tribune @tribunephl_rio YENG Guiao will be facing his old team, NLEX, when he calls the shots for Rain or Shine in the PBA Commissioner’s Cup.

For the first time in six years, Yeng Guiao will be on the opposite side of the court when his new team, Rain or Shine, collides with his old squad, NLEX, in the Philippine Basketball Association Commissioner’s Cup today at the Philsports Arena.

Action starts at 5:45 p.m. following the 3 p.m. collision between Converge and Terrafirma that will mark the league’s return to the historic Pasig venue for the first time in a long while.

He will be handling a young Elasto Painters squad that failed to make the playoffs for two straight conferences under the mentorship of Chris Gavina.

On the contrary, in Guiao’s 18 conferences with Rain or Shine, he led the franchise to the finals six times with two titles before signing a six-year deal to become the head coach and general manager of the Road Warriors in 2016.

For NLEX, however, it’s a dawn of new era.

After a botched contract negotiation with Guiao, the Road Warriors unloaded promising sophomore Calvin Abueva and rotation player Raul Soyud, who ended up with TNT Tropang Giga in a three-way deal with Blackwater.

The Road Warriors ended up with top overall pick Brandon Ganuelas-Rosser and a pair of second-round choices, who could serve as their future cornerstones.

Ganuelas-Rosser is tipped to play a key role as NLEX is being hobbled with injuries to Anthony Semerad, JR Quinahan and Philip Paniamogan, forcing it to bring back an old warrior in Asi Taulava.

If ever the 49-year-old Taulava decides to play, he will match the record of Robert Jaworski Sr. for all-time number of seasons played at 23.