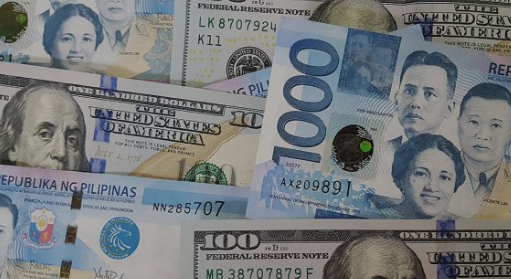 The peso closed at its weakest ever at 58 per dollar as regional currencies pulled back with the looming US policy rate increase that is expected to be substantial.
The currency traded at an average of 57.89 on a volume of $1.05115 billion.

“The peso exchange rate went down for the fifth day in six trading days, by 0.52 or 0.9 percent to close at a new record low of 58; as this could lead to higher import prices and overall inflation, as it would lead to more aggressive local policy rate hikes particularly on 22 September to help stabilize the peso,” chief economist Michael Ricafort of Rizal Commercial Banking Corp. told Daily Tribune.

This is the eighth record closing for the peso since the start of 2022.

“The record close came ahead of the widely expected large Fed rate hike of at least 0.75 on Wednesday that increases the attractiveness of the US currency,” the economist added.

Moreover, Ricafort said that “the peso also weakened after the benchmark 10-year US Treasury yield posted new 11-year high of 3.60 percent on September 20, now at 3.53 percent that also increases the dollar-denominated bond yields.”

This could lead to higher borrowing and financing costs for some listed companies.

Domini Velasquez, chief economist of China Bank Corp. told Daily Tribune that “the consensus forecast is for BSP to increase rate by another 50 basis points but it will unlikely stem the depreciation momentum.

In the local bourse, there was some foreign outflows also as investors remain defensive,” the economist added.

As long as the Fed remains aggressive, “we will likely see continued peso weakness. Hopefully, remittances and upcoming IPOs will help support the currency,” Velasquez said.