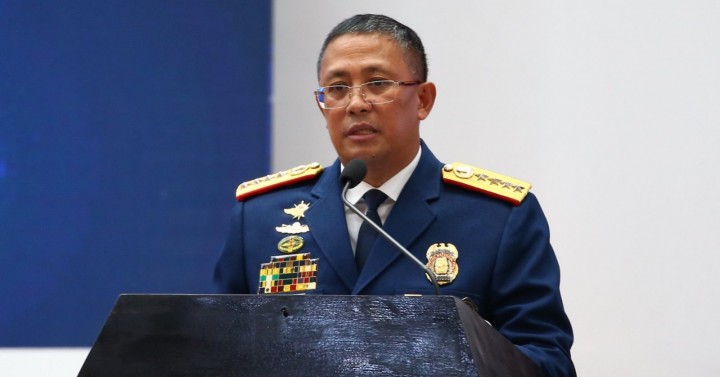 Azurin said the PNP is coordinating with the Department of Environment and Natural Resources and the Department of the Interior and Local Government to verify reports that personnel of a security agency have encamped on the roadside of the Marikina-Infanta Highway in Tanay, Rizal.

“Our police forces have responded and they are checking on the contested property. That’s a protected area actually so we are coordinating with the DENR,” Azurin said.

The Masungi Georeserve Foundation on Monday called on the PNP chief to visit the area after it was reported that policemen and soldiers on Sunday morning failed to locate the alleged armed men.

“The PNP chief must be misinformed or misled, so we humbly invite him to come visit the project and talk with us anytime. We need his unyielding support and cooperation,” the group said.

Dumaliang said the armed men could be used to land grab areas protected by the government under the National Integrated Protected Areas System Act of 1992.

A late-breaking report said guns were seized by the police from the security firm at Masungi.

She said the armed men were straddling the road between the Kaliwa and Marikina watersheds being reforested by the foundation under an agreement with the government.

Sinagtala personnel reportedly presented a survey plan issued by the DENR in 2003 to justify their encampment in the area titled to the government since the 1950s.

The security men refused to be identified when asked to do so by members of media who went to the georeserve area.