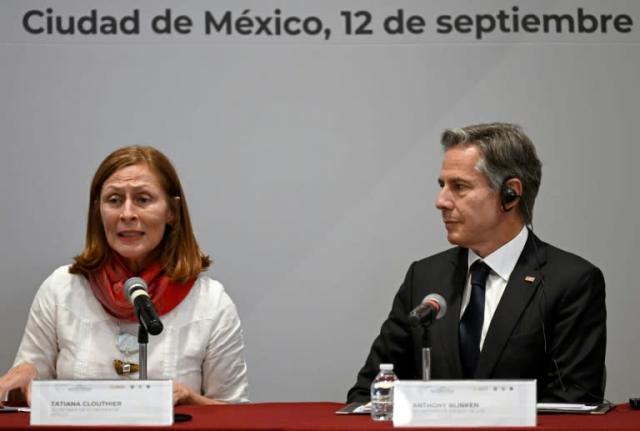 MEXICO CITY, Mexico (AFP) — The United States on Monday invited Mexico to join a multibillion dollar push to boost semiconductor manufacturing to compete with China, during a visit by US Secretary of State Antony Blinken for high-level economic talks.

Officials set aside trade tensions over Mexican President Andres Manuel Lopez Obrador’s energy policies and focused instead on the potential benefits from cooperation in microchips and other technology.

The Chips and Science Act, which US President Joe Biden signed into law last month, includes around $52 billion to promote production of microchips.

“Now in China and Taiwan the testing, packaging and assembly industry for semiconductors is a $60 billion industry. In North America it’s $3 billion,” US Secretary of Commerce Gina Raimondo, who accompanied Blinke, said.

“So we’re really very excited about the opportunities for job creation in Mexico and in the United States,” she added.

“The opportunity for Mexico is not just in the manufacturing facilities but in testing, packaging and assembly,” Raimondo told reporters.

Mexican Foreign Minister Marcelo Ebrard welcomed the US offer to cooperate in semiconductors as “very generous.”