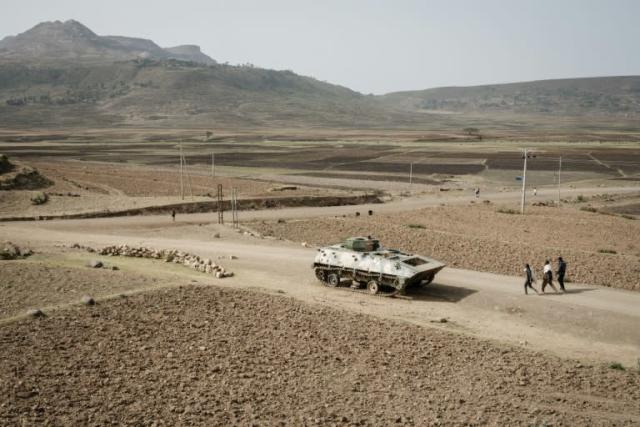 The reported strike on Mekele came just days after the Tigray People’s Liberation Front said it was ready for a ceasefire and talks with Prime Minister Abiy Ahmed’s government after nearly two years of war.

Kibrom Gebreselassie, a senior official at Tigray’s Ayder hospital, also said on Twitter there had been “an early morning drone attack” on Mekele.

“One injured patient has arrived at Ayder. Total casualties not yet known,” he said.

AFP was not able to independently verify the claims. Access to northern Ethiopia is severely restricted and Tigray has been under a communications blackout for over a year.

Tigray has been hit by several air strikes since fighting resumed in late August between government forces and their allies and TPLF rebels in northern Ethiopia.

The return to combat shattered a truce that since March had paused the worst of the bloodshed, and dashed hopes of peacefully resolving a war that began nearly two years ago.

The fresh offensives have also drawn in Eritrean troops and cut off aid deliveries into Tigray, where the United Nations says a lack of food, fuel and medicine is causing a humanitarian disaster.

On Sunday, the TPLF said it was ready for a ceasefire and would accept a peace process led by the African Union, removing an obstacle to negotiations with Abiy’s government.

Addis Ababa is yet to officially comment on the overture.

Untold numbers of civilians have been killed since the war erupted in Africa’s second most populous country in November 2020.