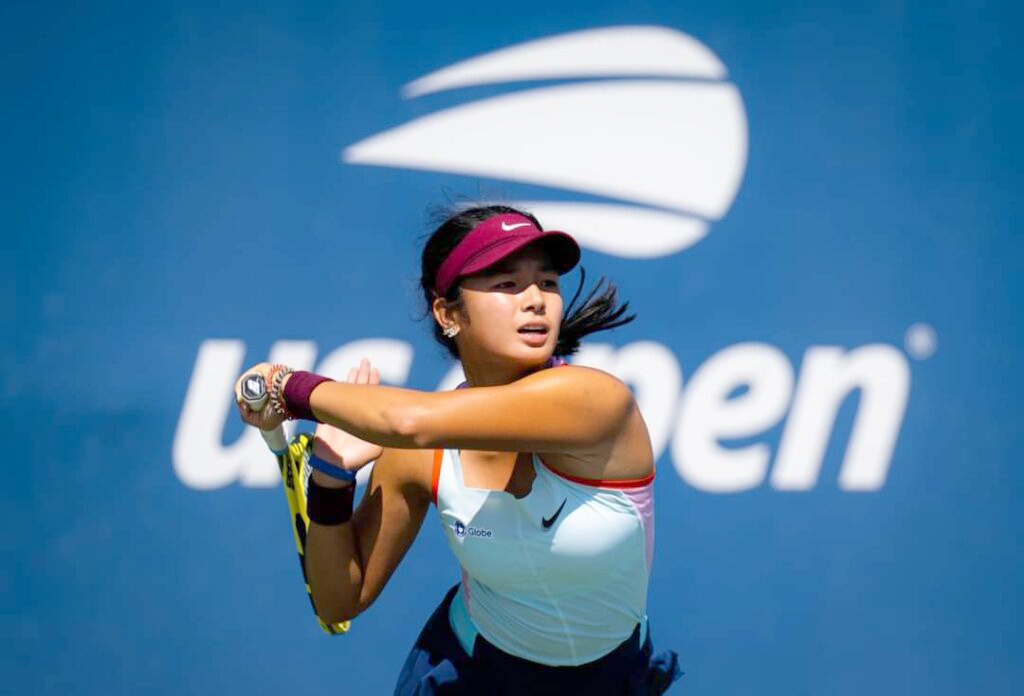 The Senate on Monday adopted two separate resolutions commending and congratulating Alexandra “Alex” Eala for winning and dominating the Junior Girls’ Singles Final of the 2022 US Open held in New York City, USA on 10 September.

In his resolution, Angara lauded Eala for her first girls’ Singles conquest, who now has three junior Grand Slam titles, two of which were the girls’ Doubles events in the 2020 Australian and the 2020 French Open.

“Eala made history for the Philippines after winning the title for the first time in the US Open. She also became the first Filipino to both compete and win a WTA main draw match when she won over Argentina’s Paula Ormaechea at Cluj-Napoca in August 2021,” the resolution read.

“At present, Eala is the Philippines’ highest-ranking player in the Women’s Tennis Association and 288th in the world,” it added.

Likewise, Hontiveros commended Eala for her winning performance in the US Open Grand Slam, which she said was a foreshadowing of her past performances despite only making her junior debut last 2019.

“She has surpassed the records set by earlier Filipino tennis players like the junior Singles category semifinal run of Felix Barrientos, a record she outdid in the 2020 French Open and the 2022 US Open. This ended a 35-year period of no Filipino athlete in the Singles tournament semifinals,” the document said.

“She broke another record last month by becoming the highest ranked Filipino on the Women’s Tennis Association Tour at World No. 280, outperforming the No. 284 ranking of Maricris Fernandez-gents,” it added.

Meanwhile, Senator Christopher “Bong” Go, chair of the Senate Committee on Sports, also extended his gratitude to Eala who brought pride to the country with her recent feat.

“Alex won the title in style after advancing to the final round without dropping a single set after six hard-fought matches,” Go said in his sponsorship speech.

“Alex’ victory is a victory for the entire country and serves as a motivation for many young Filipinos interested in participating in national sports, particularly tennis,” he added.