Before the end of the year, we will have enough 1,000 polymer notes in circulation 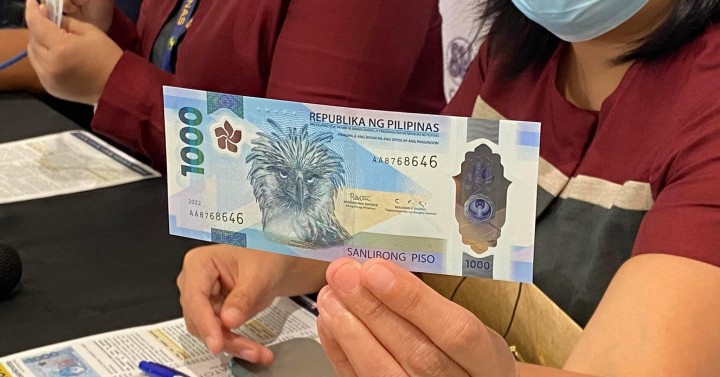 The country will have enough polymer money in circulation before the year ends.

The Bangko Sentral ng Pilipinas, earlier said that the circulation and release timeline of the polymer banknotes which has been initially circulated in April for a limited 10 million pieces, is part of the 500 million pieces that BSP will circulate until 2023.

“Before the end of the year, we will have enough 1,000 polymer notes in circulation to test if the gains from shifting to polymer experienced by other countries will also happen here in our country,” BSP Governor Felipe Medalla told Daily Tribune.

The next batch of polymer banknotes releases in October this year and will run until June 2023. The BSP will circulate another 490 million banknotes during this period.

This will bring the share of polymer banknotes to the total number of P1,000 bills in circulation to 31.9 percent from 0.7 percent.

Meanwhile, the BSP will circulate a second polymer banknote — P500 bills — next year after assessing the public’s acceptance of the first P1,000 polymer money.

Medalla said that the P500 polymer banknote, however, is unlikely to be issued in the first half of 2023.

“Given the supply schedule (of the P1,000) the P500 polymer will not be available before the end of June,” Medalla said.