The overkill by which her supporters trumpet the supposed achievement is not convincing anyone to take her seriously this time. 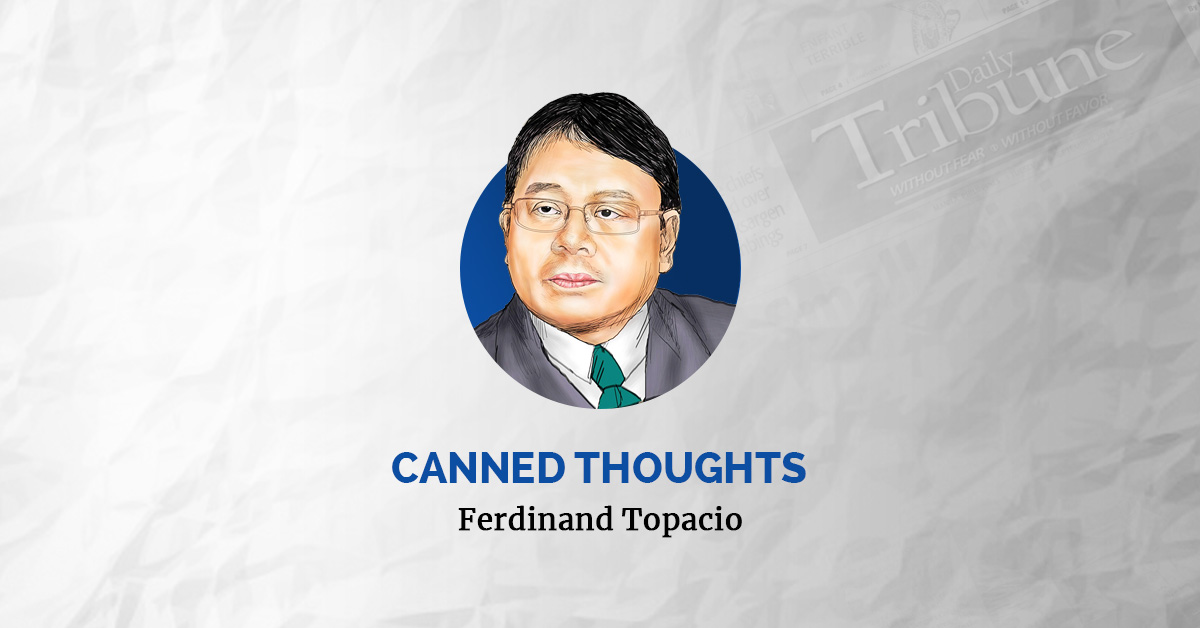 Adolf Hitler’s propaganda chief Joseph Goebbels said it best when he said that “propaganda works best when those who are being manipulated are confident they are acting on their own free will.” Stated differently, propaganda is most effective when there is a great degree of dissimulation involved; the subjects thereof mustn’t know they are being subjected to propaganda.

The political opposition, it seems, has not learned from their latest fiasco. Having engaged in a massive information/disinformation drive in a most heavy-handed manner against then presidential candidate Bongbong Marcos to advance the candidacy of the Yellow standard-bearer Leni Robredo, the Kakampinks (as they so fondly called themselves) could only shake their heads and gnash their teeth as the strategy backfired big-time.

Heads bloody but unbowed, they are now at it again, using the same tactics raised to an even higher level, never mind that it was the great genius Albert Einstein himself who famously quipped that “insanity is doing the same thing over and over and expecting different results.” If that fermata is sung until the next two elections, the results for the opposition will definitely be the same: A humiliating loss. Not that we who have no love loss lost those ulalos will mind.

Take, for instance, the ham-fisted efforts to boost the political stock of Leni so soon after the elections. It seems there are media organizations whose very reason for existence is to report on every little thing now-private citizen Robredo and her three daughters (who are all girls) do.

Leni puts up a small office for her NGO, it’s in the news, together with a special feature on all her office furniture. She gets a doctorate honoris causa from Ateneo, which has been given to hundreds before, it’s front page stuff. Daughter Tricia attends graduation rites along with hundreds of others, it’s “breaking news.” She is accepted to Harvard — a feat done by hundreds of Filipinos before — and reporters gush on primetime news. Leni gets invited to speak in Harvard by a group called Center for Public Leadership, and a lot of media groups act as if the Philippines has just entered the First World.

Of course, what the same media groups failed to tell us is that CPL is led by that ultra-liberal Democrat Deval Patrick, a former Governor of Massachusetts who, like Leni, is also a loser in the presidential derby. Like the convicted criminal Ninoy Aquino, who also used his lib-dem contacts in Harvard to launch a series of talks highly critical of the Marcos administration, Robredo is now using the same template to overhaul her image in an attempt to remain relevant as the premier leader of the opposition.

Unfortunately for her, the effort seems to be backfiring again. The overkill by which her supporters trumpet the supposed achievement is not convincing anyone to take her seriously this time; worse, it is turning many neutral people off. Harvard is rightly perceived by the average Filipino as an educational enclave of the very rich, unattainable by them. Shouting from the rooftops that your daughter is studying there, and that you have been accepted for a fellowship, is the Filipino equivalent of Marie-Antoinette’s callous remark: “Let the masses eat cake!”

And if her followers think an honorary Ateneo degree and a Harvard fellowship are enough to erase the perception of Leni Robredo as an airhead, they are sadly mistaken. Undeniable pronouncements such as “4×40=1,600,” that the Philippines has 1,700 islands, that World War Two ended in 1947, and many other fatuity, have cemented such a disparaging perception of her in the minds of the majority that it would take close to a lifetime to chisel off.

Good propaganda must start with at least a sliver of truth. It cannot operate in a vacuum. It cannot be, as what Leni is doing, puro paganda.