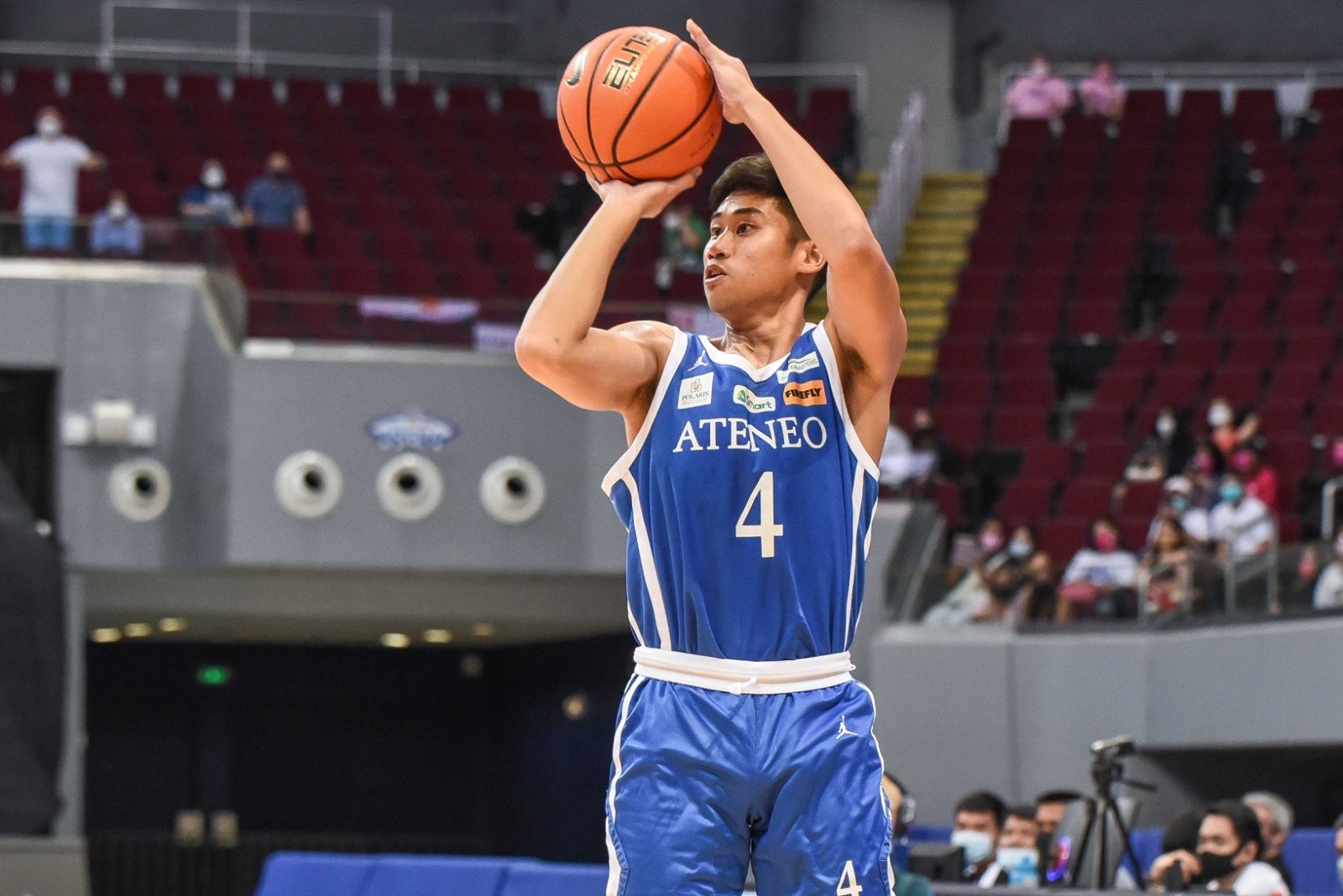 PHOTOGRAPH COURTESY OF UAAP BJ Andrade nails the game-winning basket to lift Ateneo to a 73-69 win over A.S. Ramat HaSharon in a friendly duel in Tel Aviv.

The Blue Eagles banked on a late three-pointer by BJ Andrade to pull off a 73-69 win over A.S. Ramat HaSharon in a tune-up match at the Oranim Sports Hall in Tel Aviv while the Fighting Maroons fell short against Seoul SK Knights, 82-80, in Seoul in their friendly duel.

Gilas Pilipinas stalwart Carl Tamayo spearheaded the Fighting Maroons before falling short down the stretch against the Knights, who are the three-time champion of the Korean Basketball League.
The Eagles, however, were fortunate.

With the game tied at 69-all, Andrade drained a huge three-pointer with 36.8 seconds before Ange Kouame put on a defensive stop that led to a Sean Ouitevis free throw to seal the victory in the final 12.8 seconds.

Andrade, who is in his final year with the Blue Eagles scored all six of his points in the second quarter.

The Blue Eagles figured in a slow start before Dave Ildefonso caught fire.

Coming off a strong second quarter, Ateneo built its biggest lead at 10, 54-44, after Ildefonso converted a four-point play with 3:33 left in the third frame.

Ramat Hasharon, though, was able to catch its opponents flat-footed with a nine-point swing to trim the deficit down to one during the opening minutes of the fourth quarter.

The Israelis scored 10 more unanswered points with 1:24 left in the game to even the score at 69-all.

Kouame and Joseph Obasa both tallied six markers apiece for the Blue Eagles, who came up with a bridesmaid finish to the Fighting Maroons in the previous UAAP season.

The Blue Eagles will face Elitzur Eito Ashkelon at Zysman Arena on Monday at the Zysman Arena.

Game time is set at 10:30 a.m. (Manila time) and will be streamed live on Smart Sports.