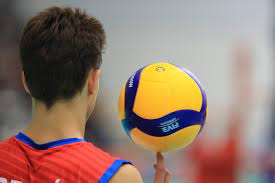 National University will be without two key players when it competes in the Shakey’s Super League starting 22 September.

According to a team insider, setter Kamille Cal already transferred to University of the Philippines while middle blocker Ivy Lacsina already decided to turn professional.

There is no formal confirmation yet, but multiple sources told Daily Tribune that the
22-year-old Lacsina had already joined former Philippine Superliga powerhouse F2 Logistics.

In the official roster released by the SSL, the names of Cal and Lacsina were no longer included for the Lady Bulldogs
— the reigning University Athletic Association of the Philippines champion.

“I can confirm that Cal is already in UP while Ivy had decided to turn pro but they refuse to reveal her team,” the source said, speaking on condition of anonymity for lack of clearance from NU.

Cal and Lacsina were part of the core of the NU squad that was supposed to banner the national team in the Asian Volleyball Confederation for Women.

But after they snubbed the Invitational Conference of the Premier Volleyball League, the Philippine National Volleyball Federation suddenly fired them, prompting Creamline to represent the country.

The source said the Lady Bulldogs had already recovered from the unfortunate development and head coach Karl Dimaculangan is doing his best to prepare them for the SSL and the UAAP.

He is also set to shuffle his rookies in the SSL, giving them a good feel of the action that will prepare them for the UAAP wars.

“This is a great opportunity for us to let everyone play and let the rookies show what they got,” Dimaculangan said.

“Almost all the players have their minor injuries healed except for Toring, who has a minor back injury. We’re still waiting for the results of her MRI (magnetic resonance imaging).”

“The girls are determined to play and we also want to see the aspects of their game that needs to be improved.”