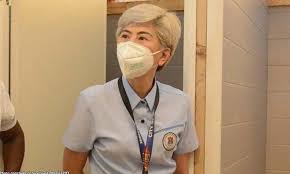 Manila Mayor Honey Lacuna stressed that she is ready and able to carry out the duties of being the local chief executive of the country’s capital despite politics being regarded as a “man’s world.”

In an exclusive interview with Daily Tribune’s morning online program Gising Na!, Lacuna said that she is no stranger to politics as she has learned a lot from her predecessor and became a constant partner of then Manila Mayor Francisco Domagoso in every decision-making.

However, the lady mayor said that she is facing a daunting task of dishing out a “different brand” of administration founded on a “mother’s love” — strict but fair as a guiding leader of the country’s capital.

Lacuna also vowed to continue all the projects of the previous Domagoso administration and started a “10-year” road map that will include the restoration of the city’s “old glory.”

Among the projects of her administration has started are the vertical housing projects with three that are still for completion — the San Lazaro Residence, San Sebastian and Pedro Gil — and once completed, it will be raffled off to qualified applicants.

The lady mayor also disclosed that she will continue the distribution of cash allowances to college students enrolled in Pamantasan ng Lungsod ng Maynila and Universidad de Manila and to senior citizens, single parents and persons with disabilities.

The local government also continued its free RT PCR swab testing to all of its six district hospitals.