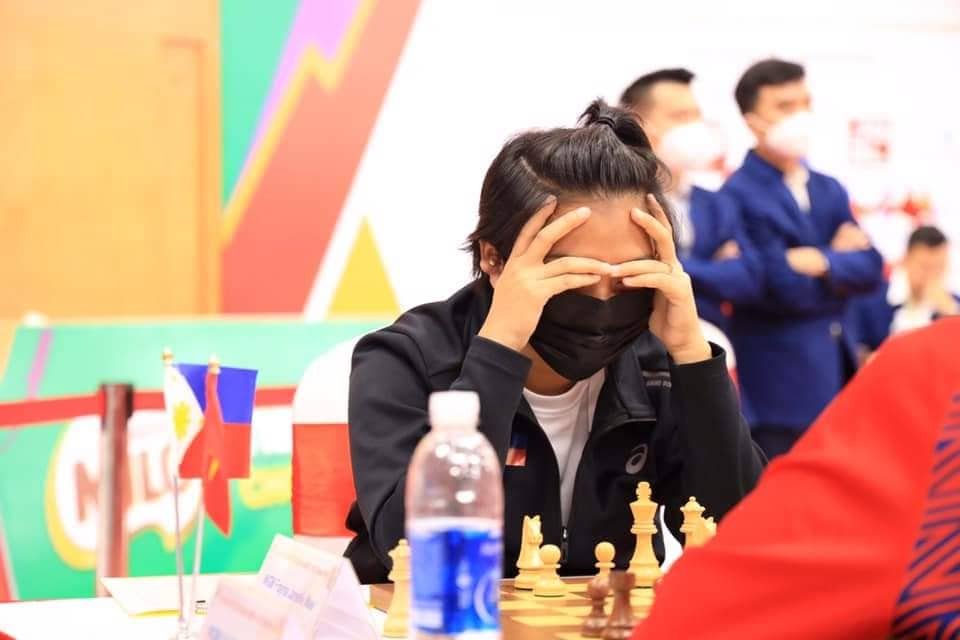 PHOTOGRAPH COURTESY OF Janelle Mae Frayna/FB JANELLE Mae Frayna continues her fine play, delivering another decisive point for the Philippines in the Chess Olympiad in India.

PHOTOGRAPH COURTESY OF Janelle Mae Frayna/FB JANELLE Mae Frayna continues her fine play, delivering another decisive point for the Philippines in the Chess Olympiad in India.

Grandmaster Darwin Laylo rolled to his third straight victory as the Philippines enjoyed a day of success in the 44th Chess Olympiad in Chennai, India Monday.

The 42-year-old two-time national champion, playing board three, won with the black pieces over Patrice Verdier in 37 moves of a Grunfeld defense.

Laylo gave up two pawns to initiate an attack against the un-castled white king.

Verdier eventually lost a knight to ease the pressure as Laylo deftly shielded his king from the white queen’s incursions to preserve the victory.

GM John Paul Gomez and International Master Paul Bersamina also got the job done in their respective boards as the Filipinos humbled Monaco, 3.5-0.5.

After both players castled on opposite sides, Ribbegren sacrificed his central pawn to open up the long diagonal, won it back four moves later but was forced to give up the exchange to release his trapped queen at the back rank.

With Ribbegren running out of ammunitions, Gomez launched his counter-attack that forced his opponent to raise the white flag on the 33rd move without moving his white-squared bishop in the entire match.

Bersamina, playing white in a Giuoco Piano encounter, pounced on a middlegame blunder by Patrick Van Hoolandt to secure a 46-move triumph.

Monaco averted a shutout after top board player Woman GM Tatiana Dornbusch held GM Rogelio Barcenilla to a draw with white after 81 moves.

After back-to-back wins, the Philippines climbed into a share of 18th spot with 3 points after four rounds.

The Filipinos battle the 31st seed Sweden in the fifth round.

Only five teams — India 2, Armenia, Israel, England and Spain — have perfect scores as top seed United States was held to a 2-all tie by Uzbekistan.

Philippine-born American Wesley So won his match on board 3 against GM Javokhir Sindarovto make up for the upset loss of GM Fabiano Caruana on board 1.

The women’s team made it a clean sweep for the Southeast Asian nation.

WIM Kylen Joy Mordido halved the point with Renelsa Taiane Antonio in the last board.

The Filipinas improved to 3 points, joining a big group tied for 12th place.