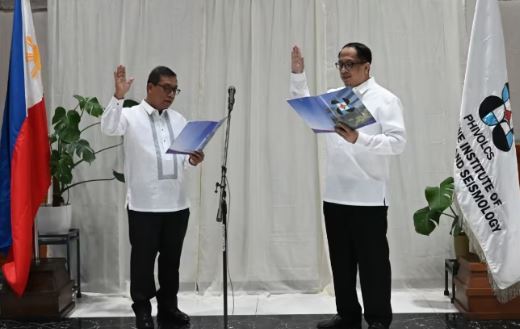 Newly-appointed Philippine Institute of Volcanology and Seismology director Teresito Bacolcol vowed to push for the modernization of the agency as he assumes the post from former Department of Science and Technology Undersecretary and Phivolcs OIC Renato Solidum who was recently appointed as DoST Secretary.

In a television interview on Tuesday, Bacolcol said he is planning to continue Solidum’s program and will further push several other initiatives for the better of Phivolcs.

“Phivolcs will see to it that every scarce resource allocated is carefully utilized in the most sufficient way. And I would like to strengthen further our partnerships with foreign and local organizations,” Bacolcol said.

He also revealed that there are some apprehensions about his appointment.

“There are challenges. I am confident I have the support of everybody in Phivolcs,” Bacolcol said, adding that his appointment was signed last 13 January by President Ferdinand Marcos Jr. and his oath-taking took place earlier on Tuesday.

Bacolcol began his career in Phivolcs as a Science Research Specialist from 1997-2005.

He was the agency’s Associate Scientist in 2005 and became Director III in 2021.

He graduated from the University of the Philippines-Diliman in 1995 with a bachelor’s degree in geology, and also earned a Diplôme d’études Approfondies in 1999 and his Ph.D. in Geology in 2003 from the Universite de Paris VI (Université Pierre et Marie Curie) in Paris, France.

He obtained a Diploma in Development Management from the Development Academy of the Philippines in 2016.