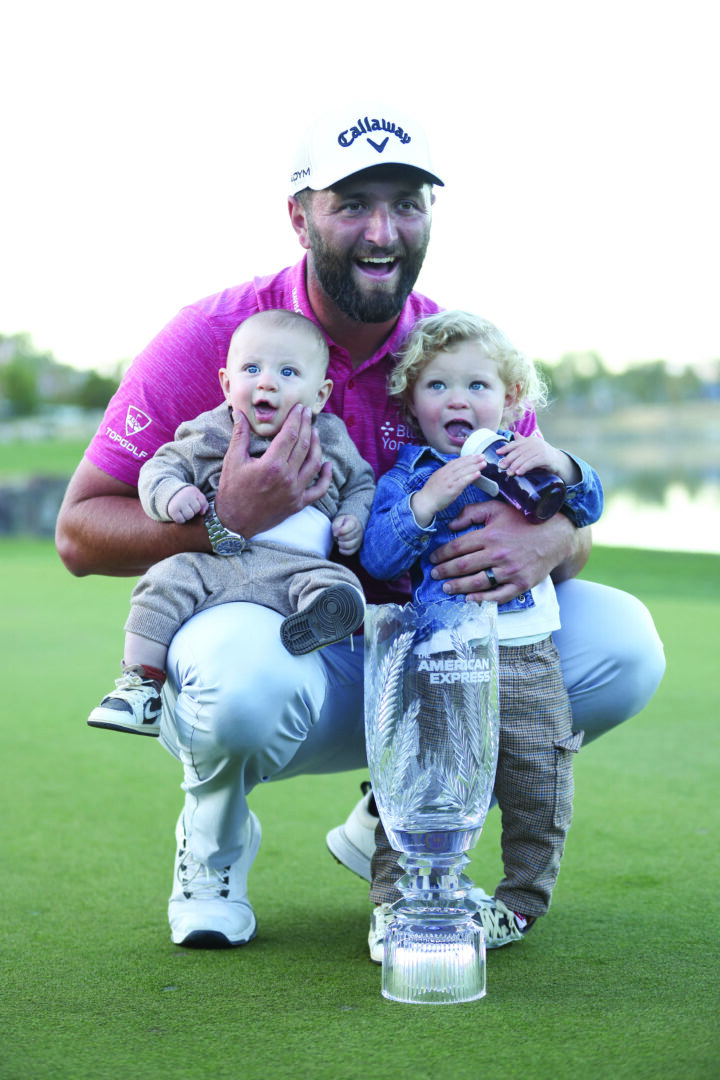 LOS ANGELES (AFP) — Fourth-ranked Jon Rahm endured a frustrating day on the greens, but his four-under-par 68 was enough to hold off rookie Davis Thompson and claim a second US PGA Tour title in as many weeks at the American Express tournament.

Spain’s Rahm, who opened the year with a victory in the Tournament of Champions in Hawaii, had five birdies on the Stadium Course in La Quinta, California, finishing with a 27-under-par total of 261.
Thompson, who started the day tied with Rahm for the lead, carded a three-under 69 for 262.

“Ball-striking was great, I hit a lot of great putts — it’s just golf,” Rahm said of a multitude of putts that didn’t drop. “I was burning edges all day.”

Rahm led much of the day after back-to-back birdies at the first and second — both from about two feet. He rolled in a seven-foot birdie at the ninth and picked up another stroke at 11 — but it was far from smooth sailing from there.

A bogey at 13, where he missed the green and his five-foot putt to save par lipped out, Rahm was tied with Thompson for the lead.

He got his nose in front again with a birdie at the par-five 16th, where his second shot from the fairway avoided a steep drop off to a greenside bunker and his eight-foot birdie putt agonizingly circled the cup before falling in.

Thompson, meanwhile, was in a tough lie in a fairway bunker on the way to par at 16.

“The turning point was 16,” Rahm said. “He missed that tee shot and I put it in the fairway. That’s pretty much a half-stroke penalty right there.”

“I knew if I did what I could do I was most likely going to have a one-shot lead going to the last two holes.”

Thompson, a former amateur standout at the University of Georgia and a winner on the Korn Ferry developmental tour, had followed his first birdie of the day at the fourth with a bogey at the fifth, where he was in the water.

He closed the gap to one stroke with birdies at the sixth, ninth and 11th.

He came agonizingly close to pulling level again at the 17th, where his 48-foot birdie putt brushed the pin and didn’t drop.

“I usually always leave the stick in from a long distance,” Thompson said. “I feel like it helps me with my speed. I’ll probably play the ‘what if’ game in my head for a long time, unfortunately.”

Rahm then saw his 20-foot birdie attempt at 17 settle on the edge. and he was in a fairway bunker off the tee at 18 while Thompson found the fairway.

But Thompson’s second shot went through the green, leaving him a tough chip from a swale below the putting surface while Rahm found the green for a routine par to win.

“Luckily, it was enough,” Rahm said.