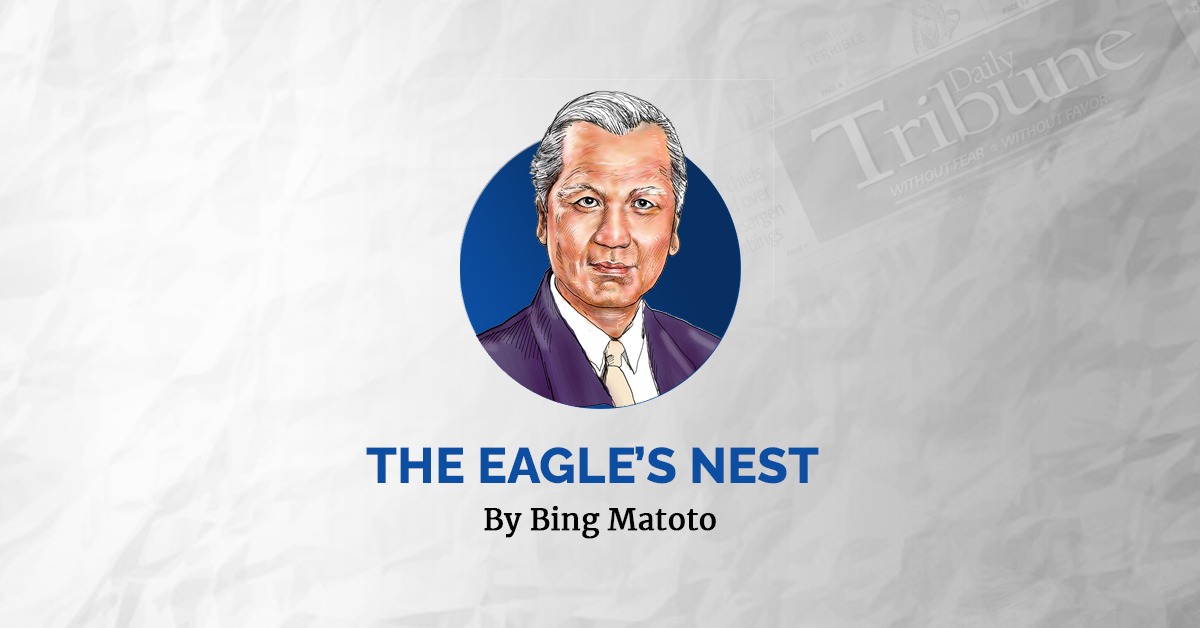 Davos has been in the news because President Bongbong Marcos Jr. had chosen to travel to Switzerland, his 8th trip overseas since he took office. Critics have loudly carped that he should have stayed home instead, to work on the myriad of domestic issues hogging the headlines. What’s the big deal about the World Economic Forum anyway that required BBM’s presence?

Let’s have a quick review of the history of this economic forum (Wikipedia). This annual event was founded in 1971 by Klaus Schwab, a business professor at the University of Geneva, who thought it was a good idea to gather top business executives to discuss, ventilate, strategize and come to a consensus on how to deal with pressing concerns.

By the second conference, however, it was clear that business issues were inevitably intertwined with politics, so government leaders were invited to participate. Since then, the forum has evolved into a multi-sectoral conference dealing not just with business concerns but also with political and social challenges.

There are now well over 3,000 delegates from more than 110 countries composed of noted businessmen, bankers, economists, politicians, heads of state, academicians, NGOs, and religious leaders, plus about 500 journalists who cover the event annually, who gather in the mountain ski resort and participate in about 500 sessions over five days.

Some world notables who have attended in the past are Nelson Mandela, Shimon Peres, Yasser Arafat, Xi Jin Ping, Narendra Modi, Jair Bolsonaro, Bill Gates and Donald Trump. All used the forum to spell out their country’s agenda to the world.

Participation is by invitation only and is not cheap. Each delegate was assessed $120,000 in 2022. The forum is not without controversy. Annually, protesters, and climate change advocates, have used the forum to publicize their criticism of big business’ alleged hypocritical whitewashing of green concerns.

As of this writing, the forum has just wound down. So, what were the main takeaways from Davos? Essentially the resolutions to cooperate and work with each other centered on global resilience, sustainability, enhanced use of advanced technology and overcoming inequitable growth.

More specifically, Borge Brende, the WEF President, in his closing remarks shared various initiatives that have been undertaken such as the Future Growth Consortium committed to the reskilling and re-education of one billion people; the Job Consortium committed to reshaping the work landscape that is resilient, equitable and humanity centric; the New Global Parity Alliance committed to renewing growth through diversity, equity, and inclusion; the Resilience Consortium committed to investing in resilient infrastructure; and USAID’s launching of a $50M fund to support socially responsible private sector projects.

There are other equally significant initiatives but just from the shortlist, I don’t think there is any doubt regarding the importance of the World Economic Forum.

But, again, did BBM have to attend? BBM obviously believes visibility, by no less than the country’s leader elected by an impressive majority, is important for projecting to a rarified audience of world shakers and movers that the Philippines has bounced back quite nicely from the pandemic and is now open for business again.

Our impressive growth numbers in 2021 and 2022, comparatively rosy forecasts for 2023 amid a sea of international gloom, new foreign investments, and barrier-breaking legislation are achievements that he can rightly be proud of.

It is no secret that given our tight fiscal situation, the preferred viable strategy to grow out of our debt accumulated because of Covid-19 is to bring new investments into the country. And like any critical marketing pitch, an all-hands-on-deck presentation led by the top man generates credibility and confidence.

Objectively, I believe BBM was able to clearly articulate and credibly deliver his pitch. Now whether that was enough justification for the 70-strong contingent, that’s another matter. Only time will tell when deals are actually signed.

Until next week …OBF!