Coming in from the cold

There have been many Filipinos nabbed, according to Cecile, many just for wearing or using counterfeit products as they enter the borders of Switzerland. 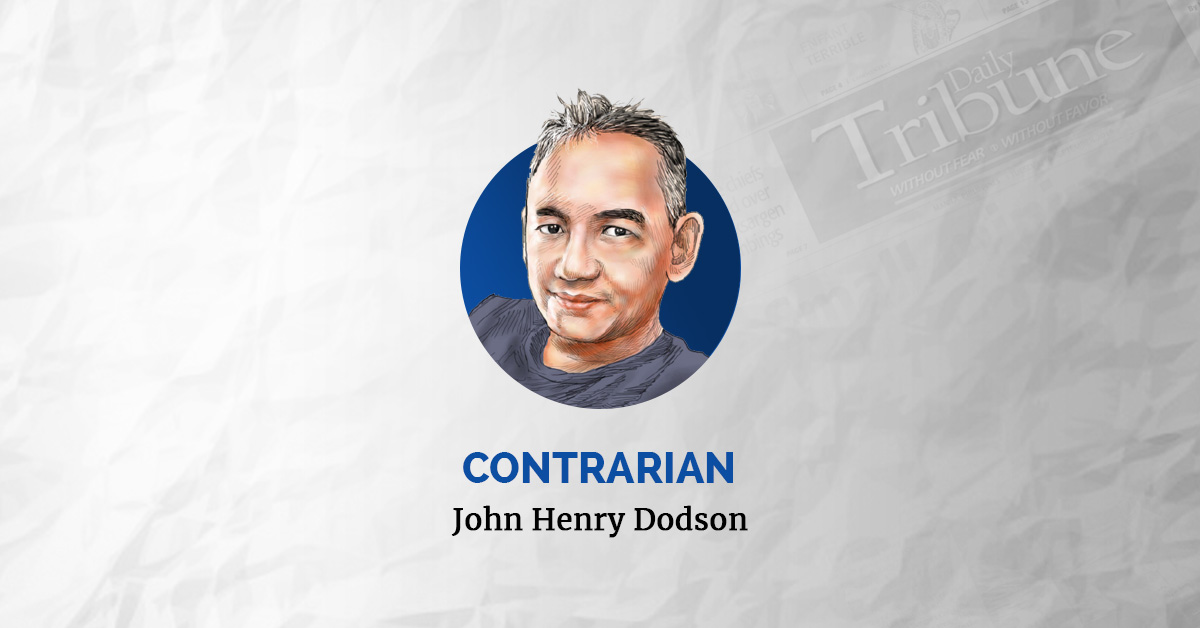 EGG, Canton of Zurich — President Ferdinand “Bongbong” Marcos Jr. giving himself some “me time” Thursday — away from the hustle and bustle of the World Economic Forum in Davos, Switzerland — allowed this Contrarian just enough time to hop into the wagon to Stadelhofen from the Zurich Central Train Station.

At the roundabout, I caught the cute red train to Egg, a suburban town on the outskirts of Zurich, about eight stations away from the central platform. I tried to do a stand-upper for our digital morning show Gising Na!, all at the risk of some crazies darting from nowhere to snatch my trusty Huawei Mate 40.

Coffee at Peter’s set me back about 5 Swiss francs, a small luxury stepping out of the street and from the sub-zero clime of the canton or subdivision of about 10,000 residents. Inside the toasty chocolate-cum-coffee shop, this “stranger” received a warm welcome from the Swiss miss barista.

In between sips from my cup, I eyed the rack of probably all of the newspapers and magazines published in Switzerland, obviously well-leafed through by mid-day by the mostly blonde or silver-haired people — regulars most of them, a deduction I made from their interactions with the staff. Who said print is dead?

Following an hour-long walk around Egg, visiting two churches and a cemetery blanketed in snow, I had home-cooked, steaming-hot spicy shrimp noodles at the Movenpick Chinese takeout.

“Happiness,” as advertised at the entrance of the eatery that had too few tables for such a huge floor area (it’s a takeout shop, after all), cost me 30 CHF.

Then Katrina and her mom Marjorie Diserens came and we zipped up into the highlands, still in Egg, with the white Tesla car — yes, a Tesla — making easy work of the slippery road twisties: no petrol engine rumble, just the whirring of the electric motor oozing with torque.

It was quite a view to behold even after seeing the majestic Swiss Alps on the road to Davos from Zurich. I had just interviewed Katrina’s sister, Zurich West Prison jail officer Cecile and her family was obliging me with a taste of life outside of Sheraton Zurich.

The “Wild Egg House,” as the Diserens’ house was called before it was sold by the Wild family, sits atop a 6,000-square-meter property overlooking the plains below. The church I visited earlier, where a woman played a Bach organ fugue, tolled its bells incessantly, now from afar.

Katrina’s Swiss husband, as did Cecile’s, legally assumed Marjorie’s surname Diserens, something perfectly legal in Switzerland, but an unthinkable aberration back in the Philippines where it’s always the wife assuming the family name of the husband.

Cecile, a member of the upper-tier security unit at the Zurich airport before being employed by the Swiss Department of Justice, oversees those detained in Switzerland who are awaiting a court decision on whether or not to pursue charges against them. Yes, there have been many Filipinos nabbed, according to Cecile, many just for wearing or using counterfeit products as they enter the borders of Switzerland.

Over coffee, the Diserens and I pondered the happenings at the WEF in Davos, where for five days it seemed like Thanos descended from his multiverse to preach gloom and doom with two out of three chief economists surveyed citing the possibility of a global recession in 2023.

A handful of leaders, however, like President Marcos expressed guarded optimism that, instead of economies stalling, growth — in the Philippines’ case its 6.5-7.5 percent range in 2022 — may even happen, if countries would not resort to protectionism in place of multilateralism and globalized trade.

President Marcos and his delegation that included his economic ministers and seven of the country’s tycoons had been upbeat about their participation in the WEF but only time will tell if the pledges made on the sidelines of the forum, like Morgan Stanley operating regionally from Manila, would become a reality.

Do we see people crossing their fingers?