The guy who throws paper at brick walls busies himself fighting for a commensurate salary for Pinoy nurses in the UK. 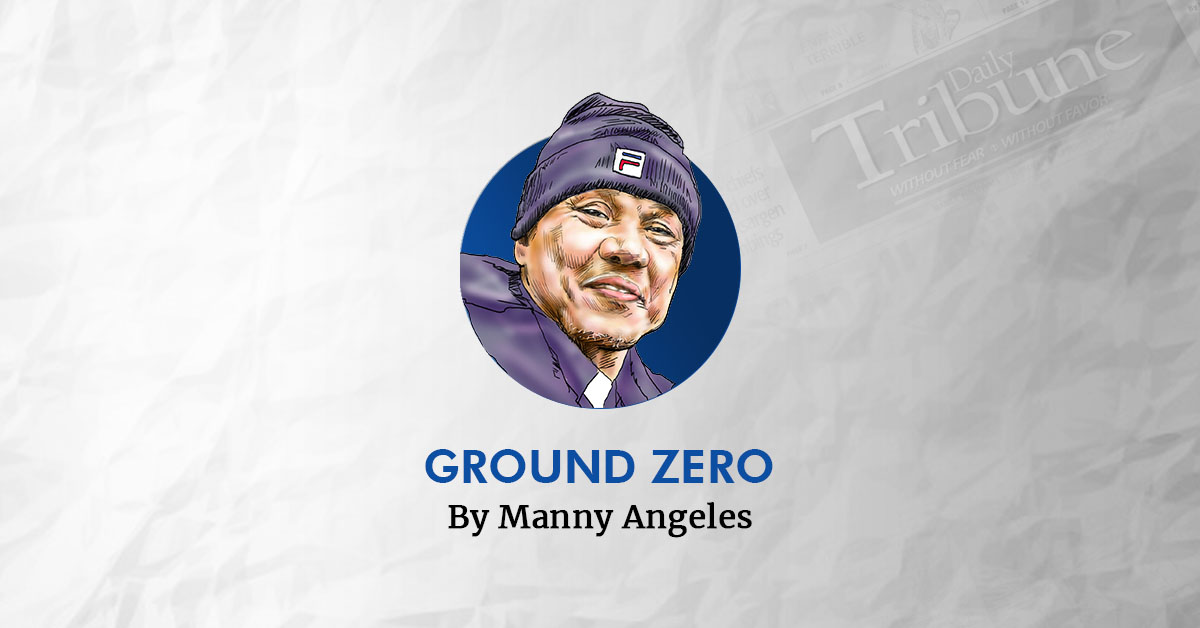 Let Teddy Locsin loose and you’ll never hear the end of it. The guy is so articulate, he could go on and on till you get so exasperated, you’ll probably be begging him to stop.

He covers a lot of subjects. What’s best is he talks sense. Lots of it.

This we found out when the former Foreign Affairs Secretary now Ambassador to the United Kingdom and Ireland guested on the Daily Tribune’s Straight Talk program Tuesday.

The irony of ironies, he’ll be the first to tell you, is that to be an effective speaker you have to learn to cut your sentences and go directly to your point.

The morning he guested on the show proved different though. In fact, the cue for the program to start had been given but he was still engaged in a tete-a-tete with the program hosts to the apprehension of the floor director.

A glib talker he may be but the guy is sincere. He is also punctual. So punctual that he reported for the program one day ahead of schedule. Blame it on a ‘senior moment,’ he thought he was scheduled on a Monday.

Locsin, who is also a lawyer, politician, diplomat, and journalist, is also a prolific writer. In fact, he was the presidential speechwriter during the term of the late former President Cory Aquino from 1986 to 1992. He also penned Cory’s standing ovation speech before the US Congress in her first year in office while serving as Press Secretary.

Locsin would be the first to tell you that to be a good writer, one must first be a voracious reader, which was what he did while in between jobs at the end of then-President Rodrigo Duterte’s term.

“It’s in the ear, actually. After June 30, I turned to swimming as a hobby and started reading again to keep myself informed. That made me end up writing again. You see, writing well is the best revenge,” he told his hosts, Gigie Arcilla and Chito Lozada, Tribune Editor-in-Chief and Executive Editor, respectively.

As Foreign Affairs Secretary, Locsin is best remembered for firing off one protest after another over China’s incursions in the West Philippine Sea, a feat that earned him criticism from those who thought it was a useless exercise against the mighty Chinese.

“It was like throwing paper at a brick wall, was what they told me,” he said.

“But then, come to think of it, those diplomatic protests kept our right to the disputed islands alive. Otherwise, Beijing might think we had capitulated,” he explained.

Known as a maverick, Locsin doesn’t mind making unpopular decisions. He remembers former President Gloria Macapagal-Arroyo doing the same when she decided to raise taxes at the height of the financial crisis in 2008.

“She had to make a tough decision and she did when she approved the expanded Value-Added Tax which affected even the poorest of the poor. GMA took the hit all right, but the Philippines was later adjudged as the best-performing economy after that,” he pointed out.

Locsin described Duterte’s criticism of the United States as the “suntok-yakap” approach, which ultimately paid off handsome dividends when the Philippines gained a lot of respect from the Americans.

He remembered one US lawmaker telling him that things would never be the same again between the Philippines and the United States “because now we respect you.”

Locsin could go on and on telling anecdotes about his experiences as a public servant but the show, scheduled for only one hour, was too short for a man of his caliber.

So why is the envoy to the UK still in the Philippines?

“Actually, I have no residence yet in England,” he said, five months after being appointed by President Bongbong Marcos in August last year. “We’re still looking for one.”

Meantime, the guy who throws paper at brick walls busies himself fighting for a commensurate salary for Pinoy nurses in the UK.

Here’s hoping he will keep the fire burning again.