The Marcos government must put a stop to these misplaced acts of generosity. Look at the pictures of able-bodied men and women scrambling for cash aids. 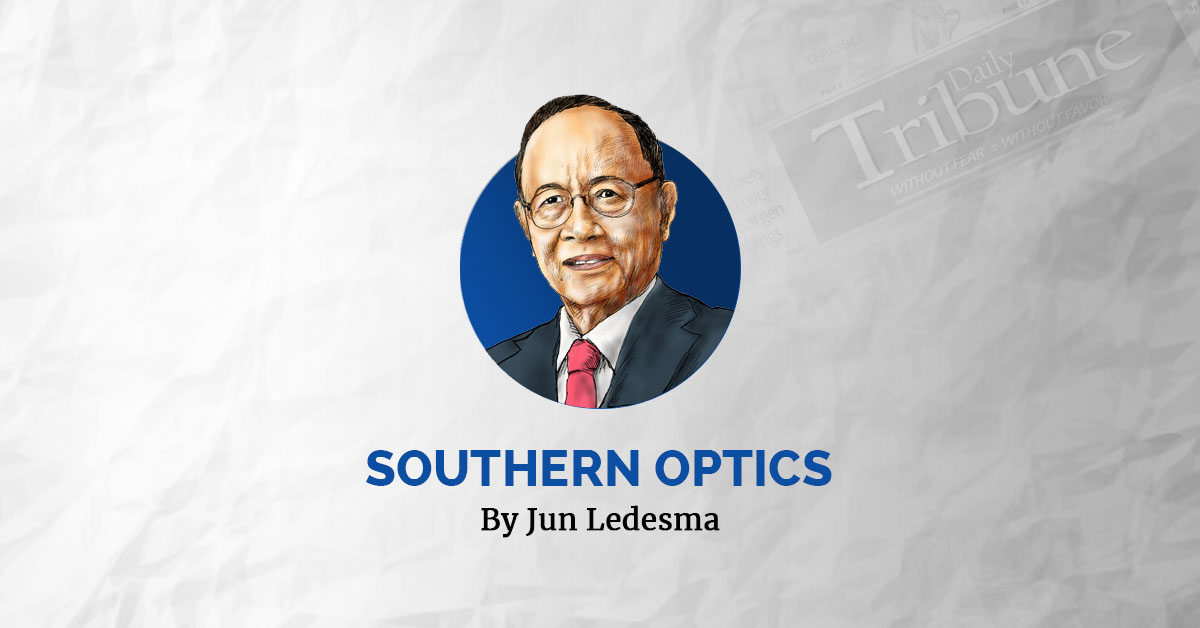 Wearing a mask is now voluntary. Eventually, like in other countries around the globe, the mask will go. This is not to mean we are a copycat. It is science-based.

Here is the trend of Covid-19 cases courtesy of a friend Harvey Malmis Niere.

The economic drivers are now in full throttle and we are back to face-to-face in schools. The more evident proof we are back to (new) normal is the daily traffic grid in EDSA and many capitals in the country, Davao City included.

Inversely, however, the government is hiking its expenditures by increasing dole-outs as if the entire country is in total lockdowns. We have become a nation of mendicants engendered by the government itself.

The leadership, particularly the Departments of Social Welfare and Labor and Employment had run out of ideas and strategies to reduce the dependency on government ayuda. Nothing wrong with that in times of emergencies like devastating floods and other natural calamities and armed conflicts that led to displacements of communities.

The Marcos government must put a stop to these misplaced acts of generosity. Look at the pictures of able-bodied men and women scrambling for cash aids. President. Bongbong Marcos must absorb lessons from his father who, as part of the means to help the poor, provided them work through the Presidential Arm for Community Development. There are so many jobs that do not require skills just brawn and “isang kutsaritang utak” or common sense.

Looking back on the days of my youth, PACD employed so many cameras who maintained graveled roads, hundreds as canal diggers for new irrigation projects, and other manual labor. People are proud of having jobs, no matter what. Many were employed in road constructions or kargadors and helpers in National Grains Authority stations.

But People then were not solely dependent on the government. A distant neighbor would come to our home and proudly announce to my father that his eldest son has landed a job as a conductor in a bus company that plies between Cotabato and Davao. Another neighbor was extremely happy his son found a job as a janitor and had enrolled in college in Davao City as a working student.

But that was then. Today there are more manual work and other opportunities that require the least skills that are available. All it needs is the will and work value.

I posted this on Facebook: Aside from food delivery what other jobs can someone without skills do in the Philippines?

Here are some suggestions:

From Mitchel Miclat: Although quite difficult to think of jobs not requiring skills, there still are jobs that require no educational background or experience or little skills like house cleaning,
factory/production work, fast food job, farm work, delivery/driving tasks, and maintenance work.

Rey Elbo says barangay street sweeping. “It’s the best option for the LGUs to do a serious clean and green program in their locality.”

Malou Mariano and Ed Alunan, on the other hand, proposed that the jobless should be sent first to vocational schools to learn carpentry, electrical, plumbing, mechanics, and baking among others. I checked with TESDA and each course takes only 30 days.

Jun Roperos thinks farming is one big opportunity. The government must make farming a profitable proposition then maybe we can see the “Balik-probinsya” program of Senator. Bong Go succeeds. As former Aggie Secretary. Manny Pinol says: “farming is the only job with No Age Requirement and No Mandatory Retirement!

Bernard Chiew and Dinky Munda say “politician.” It sounds like a joke but for some, it’s a shortcut to making a lot of moolah next to robbing a bank or peddling shabu.

DSWD Secretary Erwin Tulfo and Labor Secretary Bienvenido Laguesma should think outside the box and not just open the bank vaults of people’s money to give to the indolent without a drop of sweat.

Instead of dole-outs in billions of pesos, give them jobs so they will learn the value of industry and the essence of dignity.

There is nothing that can be derived from abetting beggary and funding slothfulness for in the end, we will become a nation of wimps.