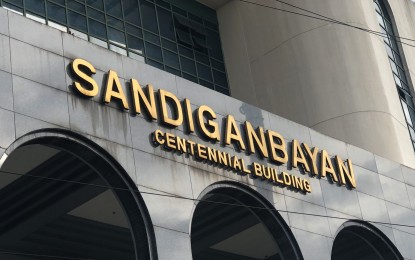 The Sandiganbayan has upheld the three counts of graft conviction of Surigao del Norte representative Prospero “Butch” Pichay Jr. in connection to the alleged mismanaging of a P780 million fund of the Local Water Utilities Administration (LWUA) when he was sitting as its chairperson.

“After turning all stones, the court finds no sufficient justification to warrant abandonment of our earlier ruling. In view of the foregoing, the respective Motions for Partial Reconsideration of accused Feleo and Pichay are hereby denied for lack of merit,” the decision read.

The anti-graft court, in a 17-page resolution, dismissed Pichay’s partial motion for reconsideration over the court’s ruling promulgated on 7 June.

The said decision pronounced Pichay guilty of gross inexcusable negligence and his co-accused Wilfredo Feleo Jr. for the anomalous acquisition of a 60 percent voting stock in Express Savings Bank Inc. (ESBI) in 2009.

Accordingly, Pichay and Feleo’s claim that there was tacit approval by the Monetary Board for the purchase of shares as borne out by exchanges of correspondence had no legal basis.

“The evil sought to be prevented by the stringent application of banking laws would not have transpired had Pichay and Feleo simply complied with what is incumbent upon them,” the ruling read.

Sandiganbayan said the two officials should have lawfully secured prior with the Monetary Board of the BSP “before venturing into the risky purchase of 60 percent voting equity of ESBI, capital infusion, and additional deposit involving the total amount of P780 millions of public funds.”

In his partial motion for reconsideration, Pichay averred that the acquisition of ESBI was only a bad business decision by the LWUA.

However, Sandiganbayan noted that “courts are not the forum to plead for sympathy” but ones that “apply the law.”

“Taking into consideration the sheer amount of government funds involved and the callousness in ignoring the constant call of various government agencies to mend their ways in accordance with laws…such negligence can only be characterized as gross and inexcusable,” the court stressed.

Sandiganbayan said this caused the sale/transfer of 445,377 shares of stocks in ESBI at the cost of P80 million, resulting in the ownership of LWUA of at least 60 percent for the voting stock of ESBI “without prior approval of the Monetary Board of the Bangko Sentral ng Pilipinas (BSP).

The Sandiganbayan noted that the approval of the Monetary Board is a legal requirement to enable the BSP or the Department of Finance (DoF) to evaluate the qualifications and financial profile of ESBI.

The DoF, it said, is the supervisory arm of the national government concerning financial investments of government agencies and entities such as the LWUA.

It added that the BSP is in the best position to determine ESBI’s financial health.