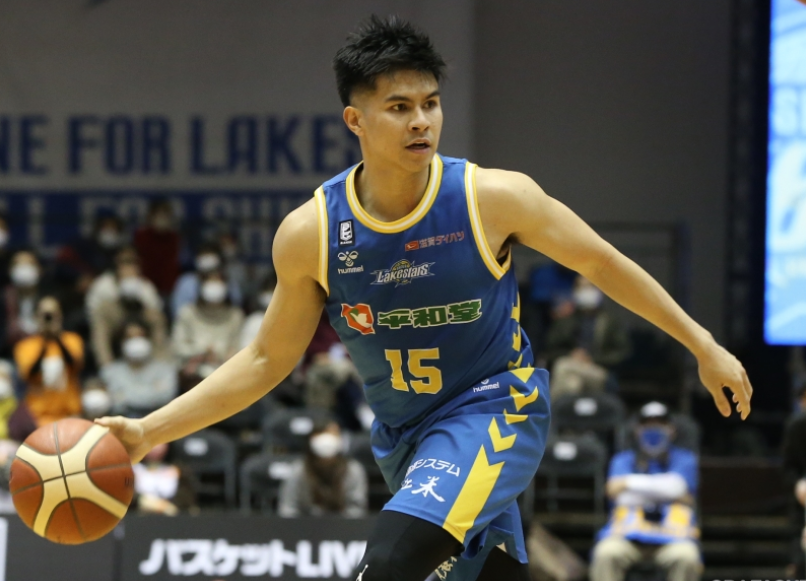 Kiefer Ravena will be returning to Japan after striking a deal with the Shiga Lakes in the upcoming season of the Japanese B.League this September.

In an announcement, the Lakes said they will be bringing back the 6-foot-1 Filipino playmaker following his successful debut as Asian quota player last year.

Aside from Ravena, the Lakes also reached deals with foreign quota players like Jacob Wiley, Eric Mccree and Kai Toews to beef up their roster in a bid to claim their first title since joining the league in 2008.

“I’m excited to be back and play for you guys once again,” said Ravena in a team statement.

“This will be a great season for us and I know the boosters will have fun supporting the team this year.”

The Lakes, who used to be known as Lakestars, will open their campaign against Gunma on 1 October at the Ota City Sports Park Municipal Gymnasium.

But Ravena’s new contract comes with a price.

In a previous Daily Tribune report, Philippine Basketball Association commissioner Willie Marcial said the 28-year-old Ravena has to sit out for two seasons should he decide to sign a fresh deal with his Japanese ballclub.

With this, the earliest Ravena could return to the oldest professional basketball league in Asia will be in the 50th season in 2025.

“We already have a policy that if he’s going to Japan for his second season, he can only join the PBA after three years,” Marcial told Daily Tribune in a conversation.

“We cannot do anything about that. It’s Season 47 now, so he can only return in the 50th season.”

Ravena signed his first Shiga deal right in the middle of his contract with NLEX in the PBA.

He reached a “gentleman’s agreement” with the Road Warriors and the PBA that he will return and resume his domestic career after a year with the Japanese club.

But it didn’t happen as he failed to see action in the Philippine Cup while joining Gilas Pilipinas in the 31st Southeast Asian Games, FIBA Asia Cup and the third window of the FIBA World Cup Asian Qualifiers.

Marcial said he hopes Ravena understands what he’s getting into.

“We don’t have any problem as long as he understands our policy,” the PBA chief said.