The arrest of 100 suspects fail to appease Kagiso residents. 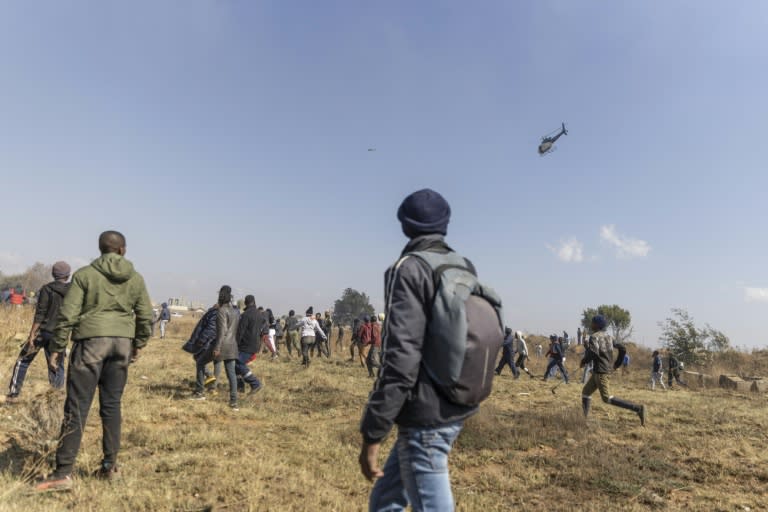 Police minister Bheki Cele has said informal miners commonly known as “zama zamas” — believed to largely be undocumented foreigners — were likely behind the attack on 28 July in the town of Krugersdorp.

Armed with machetes, golf clubs and hammers, mobs of residents on Thursday moved from one area to another on the fringes of the town’s Kagiso township, trying to smoke out miners operating illegally in informal shafts.

AFP reporters at the scene saw residents torching a house thought to belong to a gangmaster.

Police kept a distance and fired stun grenades from a helicopter to disperse the crowds.

Later in the evening, authorities said the situation had stabilized and 29 undocumented people had been arrested on charges of illegal immigration.

Police said a murder and public violence investigation was opened after the body of a man was found near the area in the morning.

It was not immediately clear if the death was linked to the protests.