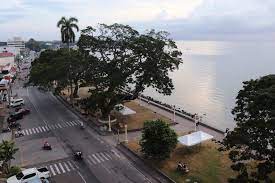 The proposed reclamation projects spearheaded by Guandong-based Poly Changda Overseas Engineering Co. in the province of Dumaguete may have seen its last as a group opposing the project said that it is already not included in the government’s “considered projects.”

According to the group, the reclamation project is facing strong opposition with local officials from the city and even the new Dumaguete governor has expressed his resistance to the proposed project.

It added that upon confirmation with the Philippine Reclamation Authority, the reclamation project of the Guandong-based Poly Changda Overseas Engineering Co, is no longer in the list of the “considered projects” of PRA because of strong local resistance.

The group also stressed that majority win of Team Kasaligan in the 2022 national and local elections against the Lupad slate of re-elected Mayor Felipe Antonio Remollo in the 10-seat City Council of Dumaguete City is a statement against the 174-hectare Smart City reclamation project pushed by the mayor.

The Mayor will have a difficult time because majority in the city council is opposing the project. Majority ran under the NoTo174Reclamation,” said Gary Rosales, spokesperson for the group in a statement.

The reclamation project — which became a major election issue — has been opposed by local scientists and civil society, with seven out of ten council members opposing the project.

The Local Government Code requires local chief executive to get authority from the local legislature to approve and sign contracts.

The entry of the Guandong-based Poly Changda Overseas Engineering Co. as subcontractor of EM Cuerco further raised suspicion that the P23 billion reclamation project is funded by capital from China.