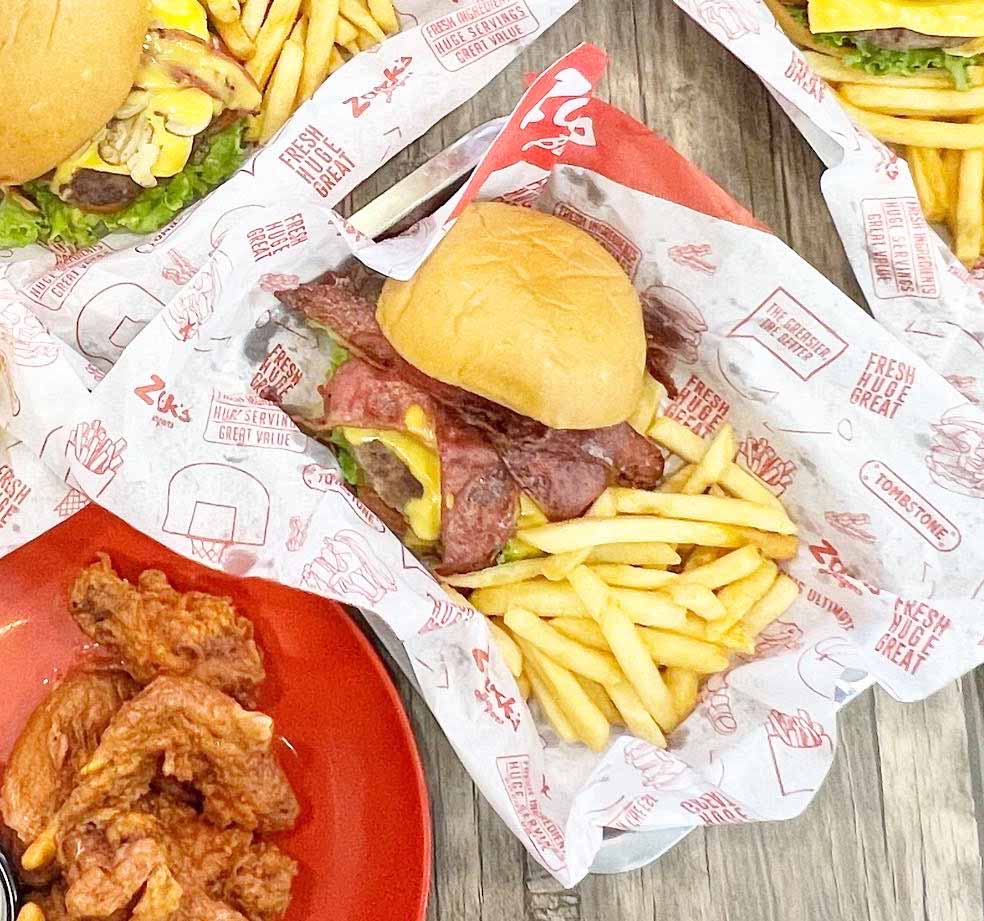 Zark Varona never thought that the risk he took as a 23-year-old entrepreneur-culinarian would result into one of the country’s fastest-growing local restaurants.

Using the salary he saved after working in a cruise ship for two years, Varona opened Zark’s Burgers in 2009 along a small space he found at Taft Avenue.

“It has been my dream to open a restaurant since I was kid. I made a plan. I took up HRM. Inipon ko ‘yung salary ko to open Zark’s,” he said.

Zark’s has 60 branches, mostly are located in major cities and malls nationwide. To date, the brand already surpassed its pre-pandemic sales or earnings before interest, taxes, depreciation and amortization. It projects to reach one billion sales in 2023.

“(Food delivery) is the main reason why we survived during the pandemic. It is because we are out there in these delivery channels. Plus the burger itself ay nade-deliver unlike other concepts,” Varona tells Daily Tribune.

Zark’s Burgers is celebrating its 13th anniversary this month with an ultimate burger deal. For every purchase of any burger in its menu, customers may avail of the Zark’s Ultimate Burger for P13 only every Monday for the month of August. Promo is valid for dine-in transactions with no minimum order required.

“We want the burger to be accessible to all. There’s something new with Zark’s. We’re always innovative with our creations. Of course, the fresh ingredients, huge value and great service. That’s the perfect formula on our longevity and expansion,” Varona added.

Zark’s is targeting to have combined 80 stores nationwide before the years ends. Its goal is to reach 100 stores in the next two years.

Varona won the 2019 Ernst and Young Entrepreneur of the Year Award for Small and Medium Business, Tatler Gen T (2020) Award and the 2015 Manila Standard Young Visionary Award. He was also named the PHILDEV Rising Star Awardee in 2018.