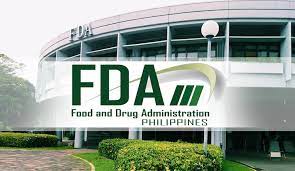 President Ferdinand “Bongbong” Marcos Jr. has appointed his personal physician as chief of the Food and Drug Administration (FDA).

In a Palace press briefing on Wednesday, 3 August, Press Secretary Trixie Cruz Angeles announced that doctor Samuel Zacate will lead the government agency that will regulate food, drugs, cosmetics, and medical products in the country.

“If you will look at his qualifications, he’s eminently qualified as you know to be the FDA head. You have to be at least a doctor or a pharmacist,” Angeles told reporters when asked if being the President’s lead physician was a factor for his appointment as Director General of the FDA.

“So, he is qualified plus he has several distinctions. We are not sure if his being a personal physician actually factored into this considering he takes all the boxes, meaning lahat ng requirements bilang FDA, he fulfills,” he added

Zacate personally attended to Marcos when he caught the coronavirus disease (Covid-19) for the second time last month.

In a release by the Office of the Press Secretary (OPS), Zacate was described as a “known public health advocate with years of expertise in medicine and medical consultancy in other government units and offices.”

The OPS said Zacate worked as a medical consultant for the Public Attorney’s Office, Presidential Security Group Hospital from 2009 to 2022, and other public offices.

“Before his appointment to the Philippine FDA, he was a diplomate of the Philippine Society for Venereology and a fellow of the International College of Surgeons,” the OPS said.