Sen. Bong Go provided relief to earthquake-affected residents as he reaffirmed his commitment to push for disaster-resilient measures during his visit in Vigan City, Ilocos Sur on Sunday, 31 July. Furthermore, they gave away shoes and phablets to select individuals. As part of Go’s commitment to strengthen the country’s sports sector and as Chair of the Senate Committee on Sports, he also provided bicycles and balls for volleyball and basketball to others.

A 7.0-magnitude earthquake was felt in northwestern Luzon and adjacent areas including Metro Manila last July 27. The epicenter is located in Tayum, Abra as reported by the Philippine Institute of Volcanology and Seismology. 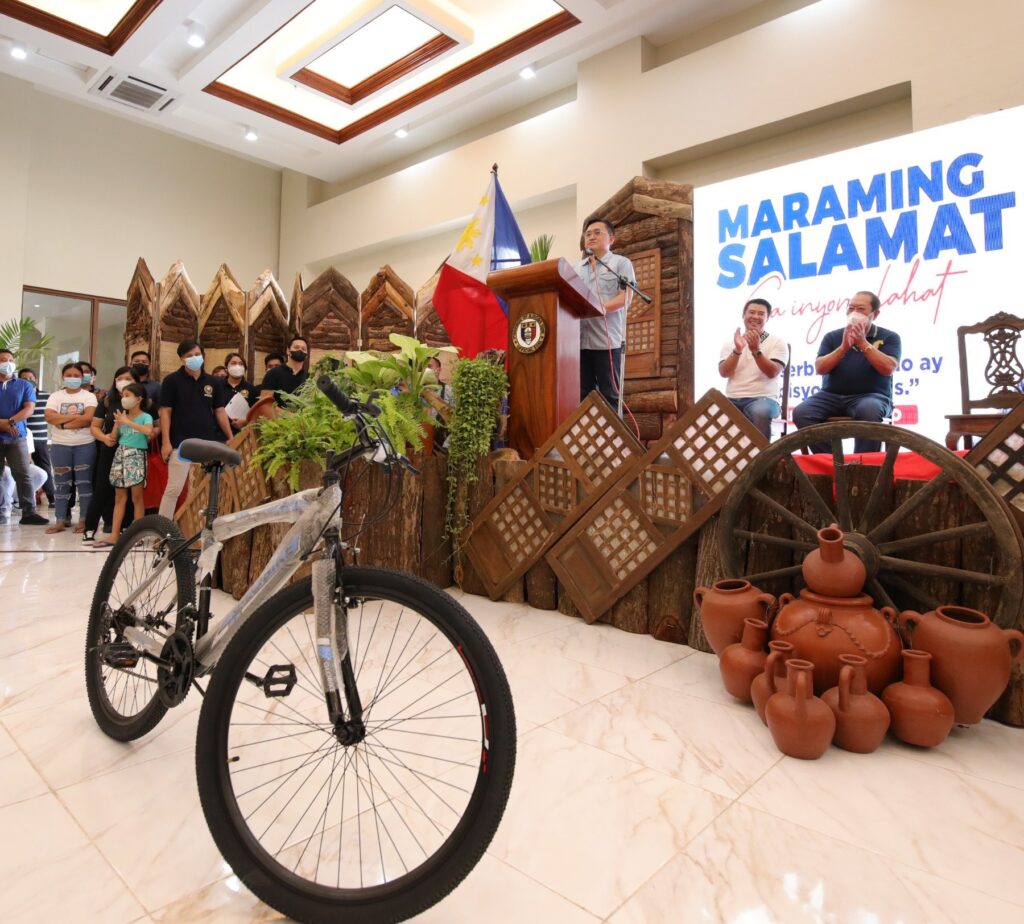 Go pushed anew his Senate Bill No. 188 that would establish the Department of Disaster Resilience, a highly specialized agency that will be tasked with ensuring adaptive, disaster-resilient and safe communities.

Meanwhile, he also refiled SBN 193, otherwise known as the Mandatory Evacuation Center Bill, that will require the establishment of such safe, dedicated and equipped centers in every municipality, city and province nationwide.