The doctor, against whom the late Furigay issued a cease-and-desist order for operating a clinic purportedly without a permit, is also facing two frustrated murder charges 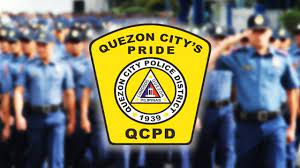 Chao Tiao Yumol was committed Sunday morning to the Bureau of Jail Management and Penology (BJMP) detention facility in Payatas, Quezon City, a week after the murder of
ex-Lamitan mayor Rosita Furigay and the fatal shooting of two others on 24 July.

Yumol was charged with three counts of murder for gunning down Furigay, her close aid Victor Capistrano and Ateneo de Manila University security guard Jeneven Bandiala in an incident that canceled the law school graduation of the university in its Loyola, Quezon City campus.

Furigay’s graduating daughter Hannah and a fellow graduate were wounded in the assault which Yumol said he carried out as he blamed the Furigays, including the present mayor and husband of Rosita, Roderick, for alleged corruption and the supposedly booming drug trade in Lamitan, Basilan.

Yumol’s own father was gunned down Friday in front of his house also in Lamitan, an attack which the Philippine National Police said Saturday was too early to pin on “rido” or revenge killing.

The doctor, against whom the late Furigay issued a cease-and-desist order for operating a clinic purportedly without a permit, is also facing two frustrated murder charges for shooting Hannah and the other graduate.

Yumol was subjected to a medical examination before he was escorted by a Special Weapons and Tactics team to the BJMP facility, Medina said.

Medina assured the public that the QCPD would closely coordinate with the BJMP to secure the suspect during his arraignment and hearings on his cases before a Quezon City court.