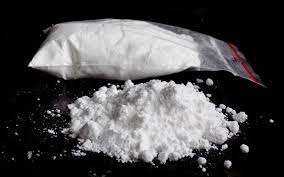 Illegal drugs with a total value of P1.4 million were seized by the authorities in buy-bust operations in Pampanga, Zambales and Bulacan.

In Angeles City, joint police forces conducted an anti-illegal drug bust operation along Purok 6 of Barangay Pampang that resulted in the arrest of Abdul Gafor Manticayan and Fermin Inay.

In Marilao, Bulacan, arrested were Mark Llanera Kamsa, a security guard; and Jonathan Peleño Adona, an electrician. Retrieved from them were 160 grams of shabu with a street value of P1,088,000.

Deocaresa yielded 22 grams of suspected shabu that could fetch P149,000 when sold in the streets.

Roger Janawi, of Barangay Calapacuan, Subic, Zambales, was also nabbed by various police units and P74,000 worth of shabu weighing 11 grams was recovered from him.

In all, 21 sachets were seized from the suspects from the operations, with the total weight of the crystal meth hitting 203 grams for an estimated street value of P1,379,600.

Appropriate charges for violation of Sections 5 and 11, Article II of Republic Act 9165, otherwise known as the Comprehensive Dangerous Drugs Act, are being readied against the suspects for court referral.